In Praise of Anarchy 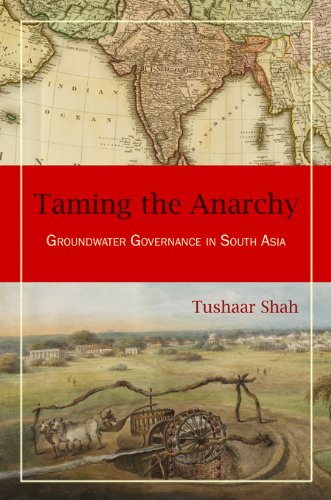 In recent years there has been much concern at the reckless, unregu-lated and destructive exploitation of groundwater in many parts of
India and a general agreement on the urgent need for regulation, though there have been differences on the form and modalities of regulation. From his writings in the Economic and Political Weekly and elsewhere and his presentations and interventions at seminars and conferences, one knew that Tushaar Shah had his own ideas on the subject that departed considerably from conventional wisdom. However, one had only partial and tantalizing glimpses into his thinking. The book under review now presents that thinking in a full, comprehensive, structured and elaborately argued work.

The title refers to groundwater but the book goes beyond it and has much to say on water in general; the title specifies South Asia but the geographical sweep of the book goes beyond that area and takes in (if only briefly) the USA, Europe (Spain), North China, Australia, and so on; the word ‘governance’ is an indication that we have to go beyond governments; and there is an ambivalence in the word ‘anarchy’ inasmuch as it is not necessarily pejorative in Shah’s thinking (though this becomes clear only as we proceed from the title to a reading of the book itself). While all this shows that the scope of the book is wider than indicated by the title, it is also narrower in the sense that the book is essentially about irrigation: it offers among other things a history of irrigation. Incidentally, though the title talks about groundwater, the book makes the point more than once that the significant distinction is between pumped irrigation and flow irrigation and not between groundwater and surface water.