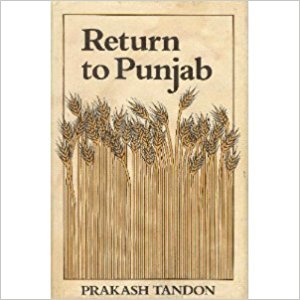 Autobiographical notes written by powerful men are usually interesting and thought provoking. One looked forward to this book by yet another not­able in the circle, Prakash Tandon. How­ever, one nibble at the book produces the feel of a well designed soap, launched into the market with the correct adver­tising line at just the right pitch. The message—free enterprises, free markets, no controls—is put across beautifully by Tandon, the star salesman behind the entry of ‘modern’ dalda into a market dominated by the traditional desi ghee. If the ordinary consumer buys toothpaste on misleading slogans of ‘cleaner, fresher breath and whiter teeth’, the target audience of the book—the adminis­trator/manager, academic and politician—is bound to lap up Tandon’s line, as the truth itself. It has all the features of a good soft sell line: source credibility—(it is Tandon himself), carefully selected facts to build up the message and humour for taste— a must if the line has to be swallowed hook, line and sinker. The last of the Tandon trilogy, Return to Punjab (J961-75), deals with the periods when he was chairman of Hindustan Lever, Indian Institute of Management, Ahmedabad (IIMA), State Trading Corporation (STC) and Punjab National Bank (PNB).

Tandon exhibits three kinds of personalities in the book. In Hindustan Lever, he is the servant of the English­man who employs him, an Indian, to carry his plans through the capital’s bureaucracy. He does the task efficiently. In fact, he takes their ideology of growth for growth’s sake seriously and gets very upset when Hindustan Lever’s soap plans meet an unsympathetic bureaucracy and hostile Indian business led by Naval Tata who hires a Dakota plane to travel throughout the country to mobilize the indigenous soap manufactures against the multinational threat. The ICS, nurtured to serve erstwhile colonial masters, rescues Tandon. The plans are sold successfully to L.K. Jha, one of the last of ICS. The very mention of Jha’s approval is enough to change Finance Minister Morarji Desai’s adverse opinion on Hindustan Lever’s expansion pro­gramme.

When the efficient servant of Unilever becomes Chairman of STC and director of Hindustan Steel, he is the typical brown sahib. The hierarchies, noise, boisterous unions, politicians, bureaucrats and feudal culture amuse and irritate him. Tandon is honest and true to him­self only in PNB where the account is sympathetic and warm because the Punjabi in him has now at last come home after wandering through the laby­rinth of a foreign world. He experiments with innovative methods of utilizing the creative potential of staff unions and officers associations in organization building. Elsewhere, he paints them as clowns, raising death chants when he tries to take the organization forward.

At IIMA, he is the first Chairman of the newly founded institution. Tandon’s love for management education began when he was overlooked by the parent company for Chairmanship of Hindustan Lever in preference to a foreigner. As a result, he had to look for fresh pastures. While the account of early years of IIMA is absorbing, Tandon shows up again as the weakling before a foreigner—he is unable to support Kamala Chaudhary for the director’s post under pressure from Harvard Business School, IIMA’s collaborator, which could not accept a woman doing a man’s job in the direc­tor’s chair.

The book gives interesting insights· into the motivation of the public sector ‘owners’—bureaucrats, politicians and Boards of Directors. This class operates the levers of power. through possession of the means of production. and not through ownership as such. The person­alities in possession of public sector controls are continually changing, giving rise to the slogan, ‘get whatever you can, in whichever way, while the going is good’. Thus profit motivation—a must for the long term health of the public sector—figures low on the list of priorities.

Naturally, this philosophy is reflected in nepotism in appointments, promotions and postings and transfers besides rake offs in purchases and misuse of public funds. Tandon quotes an incident when Lalit Narain Mishra, then Commerce Minister, rings up the person in charge of the Management Trainee Scheme and says, ‘What is their newfangled scheme you have introduced? What do you need—first class graduates, sportsmen with extra curricular activities; how many do you need—ten? I will send you ten with all these qualifications—no, I will send you twenty so that you even have a choice. What more do you want? I don’t see the point of all this fuss and expense!’ Similarly, Tandon’s proposal to provide for succession through a post of Vice Chairman did not find favour because no minister wants to lose the privilege of appointing Chairmen. It would seem that Tandon, the last word in professional management, is a true friend of public sector. While pointing the accusing finger at Lalit Narain Mishra, Dinesh Singh and General Manekshaw, he conceals the fact that he himself acted like the usual public sector owner. The list of Hindustan Lever managers· who followed Tandon into STC, its subsidiaries and other public sector organizations is fairly long. Industrial engineers and economists transformed into marketing men as Tandon waved the magic wand. Thus the real meaning of autonomy in Ton don’s world is autonomy for himself and the class of multinational managers.

It is interesting how Tandon utilizes the brown sahib image to awe Commerce Minister L.N. Mishra, the Maithil Brahmin from Bihar. He writes, ‘He seemed however to like his relationship with me, and showed almost visible pride in the presence of some colleague in my partly familiar but impeccable correct and circumspect manner, implying both respect and equality. It was an unfamiliar combination to him, and he seemed to like it.’ How does Tandon utilize the autonomy wrenched from the Commerce Ministry and Minister? The typical marketing man, he uses a lot of time for cosmetic changes. The STC office is shifted to a modern building, old· desig­nations are replaced by high sounding new ones. The balance sheet undergoes a change. Now STC, the middleman, puts on the garb of the buyer and seller whose invoices have to mention the phrase ‘A/s STC and STC’ will show it in the books as sales. Thus a picture suitable to Tandon is presented before the people and Parliament. Ultimately, the powerful Ministry wrested ownership when along with three directors, he was unceremoniously removed from STC.

One can only dream of an STC Chairman who will question the very basis of trade between developing and developed countries. Non replenishable and scarce raw material is exported out of the country at rock bottom prices in the name of exports and foreign exchange earnings. The buyer-seller link is like the relationship between the landlord and bonded labour. The exporter has little protection if the buyer cancels orders or refuses to pay on flimsy grounds for goods received.

With his observation power and skil­ful analysis, Tandon could have asked these questions. His strengths of manag­ing change and leadership could have been utilized in building coalitions with other developing countries. But then, training under foreign masters does not build this kind of thinking. One does get some kind of feel of the international trade environment when Tandon talks about facing foreign cartels while buying abroad and how Indian middlemen cultivate bureaucracy and ministers in order to influence purchase decisions. Such things happen when public sector owners are weak and parasitic. A flourishing and forward looking owner class like OPEC can teach the rich countries a good lesson and get fair terms of trade for themselves.

It is interesting to read this book if one knows the facts concealed by Tandon. With his sharp brain and sensi­tive perception, he examines events and processes, capturing the grain and nuances. However, he uses them to paint pictures of his choice. Since the viewers can look at only what is presented before them Tandon’s paintings will sell well.

Madhu Aftab is a freelance journalist.

Protectionism Does Not Pay
September 26, 2017