The Reel and the Real Life 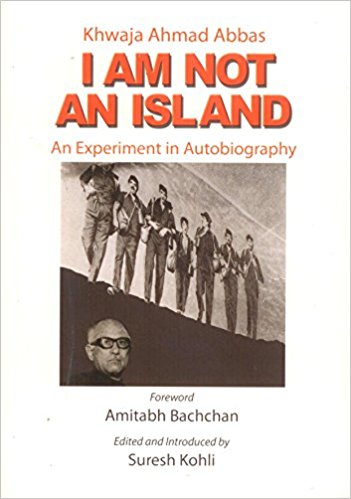 This is a new and slightly abridged edition of Khwaja Ahmad Abbass autobiography of the same title originally published in 1977. Edited and introduced by Suresh Kohli, the reincarnated version has a Foreword by Amitabh Bachchan as its novel feature, highlighted on the front page of this hard cover book. As it is known, Bachchan began his acting career with Abbass film Saat Hindustani in 1969. Since this is an edited version of the original, let me briefly inform the readers as to what has been edited in the new edition. The original version of the book had 49 chapters running into 551 pages, including an Index at the end; the abridged version has 46 chapters spanning 405 pages but without the essential Index. Obviously, this absence makes the readers life a bit more difficult since the book in its text is replete with so many names of people, places and film titles. In fact the editor of the version under review could have also appended Abbass filmography, perhaps with some annotated notes as value addition. From 1941 (Naya Sansar, for which he wrote the story and the screenplay) to 1991 (Henna, Raj Kapoor took the late K.A. Abbass story for it but as Kohli reveals in his Introduction, the credit titles of the film totally ignored the authors contribution) Abbas had as many as sixty films and television series to his credit either as director, producer, screenplay/story or dialogue writer. And several of these were international and national award winners. During his fivedecade long illustrious career, Abbas wrote over seventy books in English, Hindi and Urdu.