The Real And The Imagined 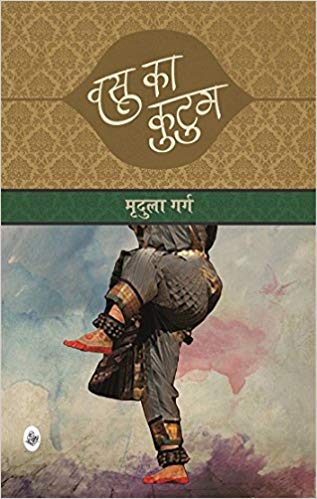 That’s the denouement of one of the characters of Mridula Garg’s new novel––she dances and dies. Ratnabai begins as a minor character, a household help in an upmarket middle class neighbourhood in New Delhi, in Vasu ka Kutum, and ends up with one of the most powerful scenes in the novel––performing the dance of death, more vigorous than Nataraj himself, as the author puts it. She dances on hearing about the death of another allegedly minor character, Sapotra, who is a builder, and who is always a reported character, never seen. He’s not a venomous villain or a cruel killer to evoke such a reaction, but the scene is placed so strategically and beautifully in the novel, that nothing about it seems far fetched. It becomes metaphorical of the rage of an oppressed working class against the tall power-brokers of the system.

When one uses the word ‘scene’, it becomes important to dwell upon the word, and talk about the dramatic quality of this novel. The novel has very few characters; they are well rounded and three dimensional, which lends depth to the plot; and yet also stand as characters representing certain ideas, which helps move the plot very fast––the work is all of 120 pages length.

The central character Damini herself is two dimensional in her name herself––the name is borrowed from the rape incident of Delhi in 2012 that evoked widespread protests; and yet very rounded as a character in her day-to-day interactions and vulnerabilities. That is the power of this work––it operates as a play of ideas, as well as a novel of very identifiable day-to-day characters.