The Rasika and Scholar Combine 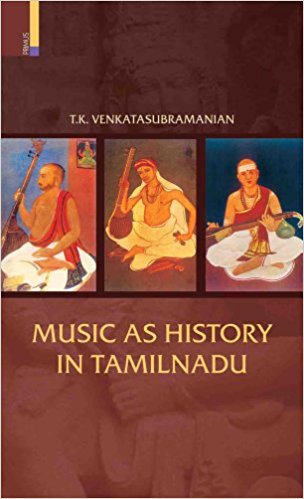 It is always interesting when a scholar of the arts becomes a con-noisseur, or the other way around. Scholars and academics have their world, and their methods. Their understanding and appreciation of their subject derives from their study of the records. This is by no means a bad thing. A rasika comes to her subject instinctively; her appreciation is born of feeling. Between them the scholars and the connoi-sseurs make up the force which keeps a performing tradition alive. Where the two attributes combine one can expect strong and rigorous research and also imaginative writing. Professor Venkatasubramanian is a professional historian and teacher but it is clear from this collection of short pieces on the broad theme of music as history that he is also a listener, and, as the blurb informs us, a practising mridangist. Many of the pieces appear to have been delivered as lectures or published elsewhere, and have been brought together with a quick preface to set the background.

While there has been a splurge in publishing on music and music history there is still comparatively little in English that has made a meaningful difference.

The book under review, which can be seen as a distilling of Professor Venkatasubramanian’s work over many years, attempts to make a difference, though it is possible that in time the present work will be of more use to historians than to the general reader.