Master Weavers to the World 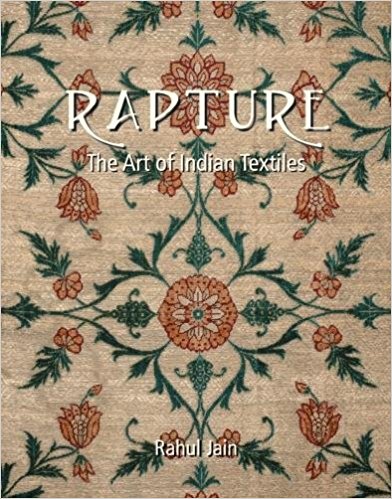 The present artisan posterity in several parts of India still carry centuries-old tradition of decorative motifs, patterns and design ensemble. This book digs out dollops of incognito facts that depicts Indian textiles in the world fora as coveted merchandise. But the parody prevails, ‘These fading artistic vocabularies were born of a history of spectacular textile design, about which contemporary craftspeople and their patrons know little’, says the author Rahul Jain. The book showcases riveting photos of historical Indian textiles from around three dozen collections at places spread over four continents.

Some jinxed onslaught has denigrated India’s illustrious stature of textiles that wielded its charm over other nations. The author deplores that ‘the record of India’s textile production and trade preceding the late medieval period has survived mostly in historical literary works, temple inscriptions, court chronicles and travelogues’.

Textile historiography of India unfolds in three ways. Only the first phase is dealt with in the book that streaks across the 15th century to the 17th century of the late Sultanate period. Both Hindu and Muslim craftsmanship evolved in tandem symbiosis. Most of those vintage textiles have not remained in India but are stashed in places like Egypt, Tibet, Indonesia or even Portugal.