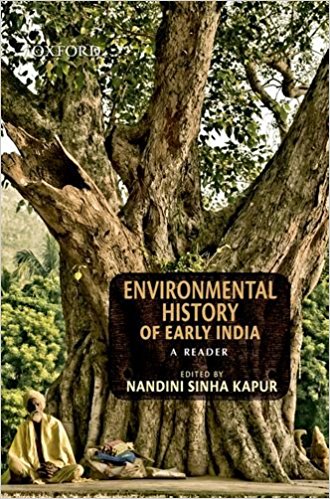 The anthology under review is an important contribution to environmental history particularly because it focuses on early and early medieval India. It is true that in the rapidly growing discourse on environmental history, the precolonial period has been relegated to the periphery, with occasional references to it to understand the changes in the nineteenth century and beyond. However, the concentration of the scholars on colonial and postcolonial period to the virtual exclusion of the precolonial period cannot be the only reason for putting together a Reader on environmental history of early India. Unfortunately, this is what appears from the Introduction. The relevance of the Introduction could have been enhanced had the editor engaged in a debate on whether the Reader provides a re-look and re-interrogation of early India in the context of the issues like forest and water disputes, conflicts over rural and urban spaces in relation to land, water, animal, plant or mineral wealth.

The Introduction, in fact, fails the very promising title of the book. Written in a convoluted and haphazard manner, it proposes no framework to the understanding of environmental history. The attempt, although quite unconvincingly, is to provide a broad historiographical perspective on environment by mentioning a few writings on environment in early and medieval Europe and colonial and modern South Asia and by drawing parallels between them and the essays included in the volume that illustrate early India. Parallels, connections, links are indeed important in facilitating wider knowledge and understanding. But to justify the inclusion of select 17 essays in the anthology or discussion of celebrated scholarly works in the Introduction simply because they take a parallel position or offer similar opinions like that of European scholars was unwarranted.