The Problematique of Statehood 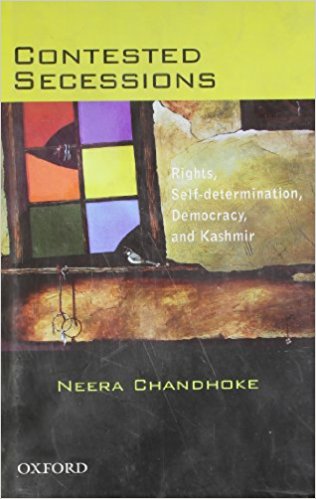 The concept of self-determination generally implies that communities—ethnic, linguistic, regional or otherwise—should be left to themselves to choose the form of self-government that suits them best. But the ‘themselves’ are often politically, economically and socially too fragmented to come to a consensus on the best choice. This is not to insinuate that these communities should be denied their legitimate aspiration for a separate political status that would guarantee them their socio-cultural identity (whether in the form of a Nation State, or regional autonomy with enough independent powers within a Nation State). But those supporting self-determination movements—ranging from liberal intellectuals and human rights activists to radical participants in such movements—need to take a hard look at the various sectarian tendencies that fracture them, as well as the political agenda of their leaders. In other words, armed struggles for self-determination, whether aiming at secession from a Nation State, or as pressure tactics to obtain autonomy within that State, should be justified or rejected by the yardstick of certain basic ethical values and normative practices. Do their programmes and actions adhere to the fundamental principles of democratic rights, social justice, economic equity and pluralistic society ?