The Personal and the Political 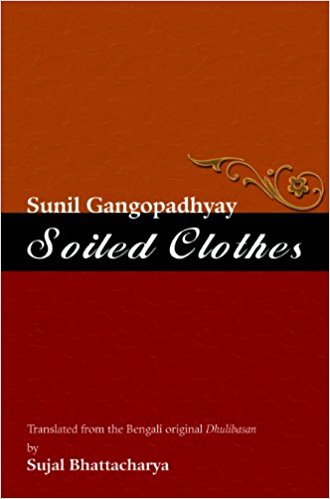 The name of Sunil Gangopadhyay (1934-2012) has become iconic in contemporary Bengali literature, and his passing marks the end of an era. A prolific writer, he will be remembered for his poetry, novels, stories and essays, but most of all for his ability to bridge the gap between elite and popular culture. Soiled Clothes, Sujal Bhattacharya’s translation of the Bengali novel Dhulibasan (1990), reminds us that the bulk of Gangopadhyay’s work still remains untranslated, and that his reputation among readers in the non-Bengali world rests on a few translations alone. The narrative focuses on the experiences of Mandira, a woman from Kolkata married for 26 years to a British member of parliament and settled in the UK, who suddenly leaves her husband and returns to India. She chooses to retire to Sukhchar, a small village near the Sunderbans, and leads a secluded life, isolated from friends and family. Drawn at first to the simplicity and austerity of her rural existence, Mandira begins gradually to get involved in local politics. Sukhchar is a backward place riven by prejudices based on caste, class, religion and gender. Most of its inhabitants live in abject poverty and ignorance.