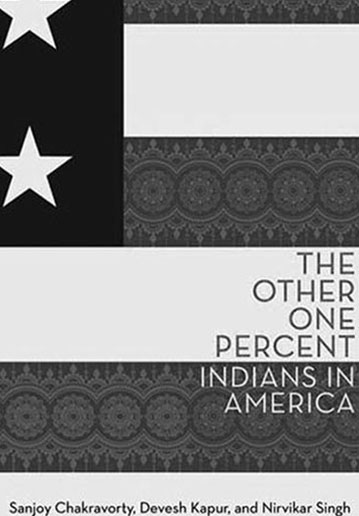 The rise of nationalism in the West and the heart-rending images of refugees from the Middle East has brought back immigration as a topic of conversation across the world. Nationalism seems to trump humanitarian considerations in policies towards immigration, particularly towards refugees, whether it is the Rohingy as in Myanmar or the Syrian refugees. This is particularly true of the US, a nation of immigrants, under President Donald Trump.

Sanjoy Chakravorty, Devesh Kapur and Nirvikar Singh draw a compelling narrative about the Indian immigrant experience in the United States in their book. The authors suggest that Indian immigration to the US has been mutually beneficial. Often described as a ‘model minority’, Indians constitute one percent of the US population and this is projected to hit 2 per cent by 2030. In 2014, India was the largest source of immigrants to the US, leaving China and Mexico behind (p. x).

The Other One Percent sketches out the history of Indian immigration starting from the first Indian sailors and soldiers who reached the US in the 19th century. The authors also mention Anandibai Joshi and Pandita Ramabai who travelled to the US for higher education in the late 19th century as also Swami Vivekananda’s speech at the Parliament of World Religions.