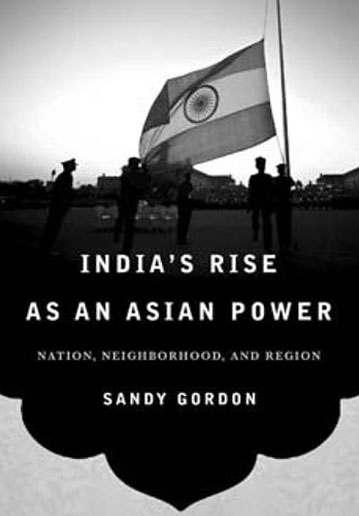 India is an important actor in South Asia and it has been extending its role regionally and globally. However, in spite of participating actively India is not regarded as an ‘Asian Power’. Sandy Gordon’s book juxtaposes the changes which are necessary in the Indian domestic and neighbourhood policies for India to become an ‘Asian Power’. It also provides recommendations and actions which the Indian government should undertake to achieve the goal. However, with the change in the Central Government in India in May 2014, some of the arguments and suggestions appear to have already been adopted. The most important suggestion by Gordon is to counter the high levels of corruption, which adversely affect the domestic as well as the regional rise of India. The ‘demonetization’ drive adopted by the Modi government is an attempt to counter this menace. Other recommendations include the strengthening of the policing system and the judiciary. These two sectors have been in discussion and debate and various governments have been attempting to undertake the necessary actions. The author rightly argues that these weaknesses directly affect the Indian aspirations of becoming a prominent global power.

The major tests of India’s diplomatic qualities are in its immediate neighbourhood. As argued by Gordon, most of the Indian neighbours share an adversarial and antagonistic relationship with India. ‘India thus tends to be on the receiving end of individual and collective feelings of insecurity on the part of other South Asian countries’ (p. 47). Countries like Pakistan, Bangladesh and Nepal have had major issues with India. The situation is further complicated with the presence of China. China has been making consistent inroads in South Asia. The ‘all weather friendship’ between China and Pakistan is of concern for India. China has been investing in major infrastructure and other projects in South Asia. This has provided the smaller South Asian countries with leverage against India.