Disasters Through A Gendered Lens 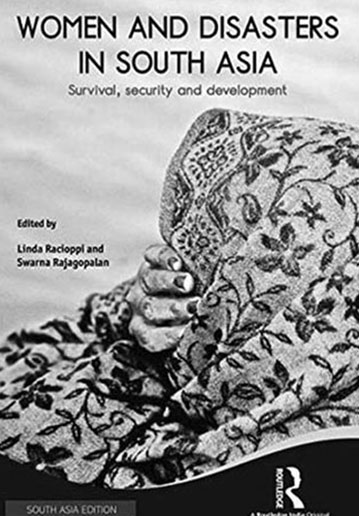 Studying and analysing disasters, their impact and how these are dealt with by governments, humanitarian agencies and people, is developing as a research area with a multidisciplinary approach. In recent times the University Grants Commission in India and the Division of Disaster Management in the Indian Government have given huge funding for developing studies around this. It is therefore not only timely, but also appropriate that a book such as this is published.

The book underlines that South Asia is one of the most disaster prone regions in the world, affected by natural, climate induced and human disasters that range from earthquakes, to floods and epidemics. Between 1980 and 2010 alone, 470,124 people died in such disasters and millions others were variously affected. It is also a fact that during disasters it is the already vulnerable that are most affected. Further, disasters, their impact, the relief and rehabilitation all have a gender aspect to it. It is this aspect that this volume examines.