The Media as Messenger 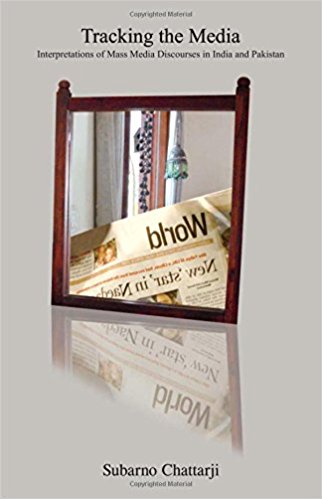 The Media as Messenger
B.G. Verghese
TRACKING THE MEDIA: INTERPRETATIONS OF MASS MEDIA DISCOURSES IN INDIA AND PAKISTAN by Subarno Chattarji NA, 2009, 302 pp., 695
March 2009, volume 33, No 3

The growing might and influence of the media in shaping the agenda and nature of public discourse compels greater attention to getting behind and beyond the news and analysing the content and trend of what is read, heard or viewed. Media analysis is relatively limited anywhere, certainly in India, barring columns by a few stray commentators and a more consistent media watch online critique to be found on www.thehoot.org, which is where some of Chattarji’s essays first appeared. Subjective biases creep in, whether from the ideological position of media owners or the state of mind of the journalist, which is often shaped by personal, group or patriotic considerations especially when it comes to the coverage of external or externally-influenced events or when there are sharp internal social, communal, linguistic, regional or other cleavages within any given society. Such events divide communities and polarize people and tend to warp judgement and affect attitudes and public policy.

These factors are by now well known and will hopefully lead to a more studied and frequent critiquing of the media not just by the media itself but by impartial observers. Part of the media’s role is to mediate by providing information and perspectives, thereby promoting understanding leading to dialogue and, on occasion, even to reconciliation and resolution.

Subarno Chattarji rests his narrative on extremely evocative events in three broad categories:  terrorism and conflict, where coverage of the Kargil War, the terrorist strike on Delhi in October 2005, and Indo-Pakistan ‘cricket wars’ are discussed; India in a globalized world, in which section the Hindi-Chini bhai bhai period and India as seen by its Diaspora is the theme; and comparative perspectives of the Indian and Pakistan media in relation to Indo-US relations, which brings in the civil nuclear deal, India’s bid for a seat in the UN Security Council, Kashmir, terrorism, Balochistan and Musharraf’s role. It is possible to see how sensationalism and jingoism can quite easily intrude into such situations, especially when fiercely competitive media houses compete for readers and eyeballs. Display, headlines and captions and the positioning of matter can lead the unwary reader or viewer to conclusions that exceed what the mere portrayal of the news might suggest. An extreme example of this, cited by Chattarji, is the banner headline ‘Karachi Captured’ that The Times of India carried after the Indian victory over the Pakistan XI in the 2004 Karachi ODI, with matching purple prose by its correspondent, using sport as a metaphor for war. This, despite the great amity and goodwill that surrounded the tour, which in turn was somewhat exuberantly interpreted as a harbinger of transformed Indo-Pakistan relations. Such frothy reporting is no advertisement for good journalism and quite often stems from the terribly unprofessional habit that has increasingly caught on in the Indian media of allowing reporters to editorialize in their news copy, with copy editors going further by repeating this cardinal sin in the editorialized headlines they give. This kind of so-called campaign journalism is plain bad journalism.