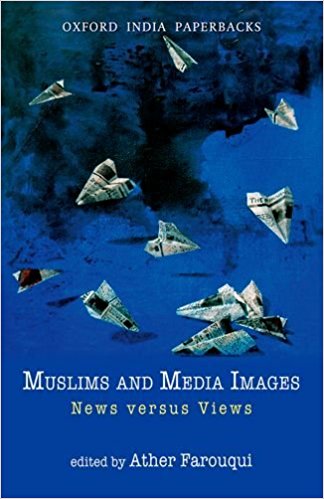 This book tries to explore the condition of Indian Muslims through media images, i.e., through an assessment of the reportage on Indian Muslims by the print and electronic media. The assumption obviously is that the reality of Indian Muslims is significantly different from the images created by the media. Whether this assumption is sustainable will be seen in the subsequent analysis. What must be admitted here is that a study of Indian Muslims, their social and economic conditions, and their political attitudes and behaviour is extremely important, in whatever manner or form. The role of Muslims in Indian polity draws considerable international attention, both academically and politically, because of its relevance for the success of Indian secularism. Ather Farouqui’s endeavour in this direction is therefore commendable. Farouqui raises some pertinent questions in his Introduction.

He begins by asserting that Muslims cannot hope to have an ‘exclusivist’ culture in a world driven by free market economy that dictates contemporary geopolitics. They are enjoying the fruits of global activity – social, cultural, economic; yet they are often engaged in the quest for an exclusive Muslim society or culture with supposedly ‘Islamic’ characteristics and this defies logic.

He then raises the question why the Indian Muslim middle-class tends to dance to the tunes of Muslim fundamentalists. Why do educated Muslims in the whole of South Asia, including Pakistan, often exhibit backward looking attitudes? It is for Muslims themselves to take the lead in changing the distorted and negative image of their community in the international and national media.