The Making of a Historic ‘Event’ 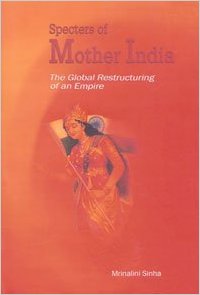 The task of a historian is not only to go through already identified paths and throw new light on well known events but also constantly look into sources and archival material, and identify moments which have played an important role in social dynamics. Treating the controversy which was created by placing highly combustible (and suspect) ideas in the form of a book into the public space as an ‘event’, Mrinalini Sinha shows how the publication of Katherine Mayo’s Mother India created ripples in the society and threw open varied issues while laying bare the regressive policies of the colonial state and also initiating the debate on whether Indians were worthy of self governance. A spirited response from stung Indians, an impassioned discussion on women’s issues and criticism from different quarters intensified the debate into a ‘global public event’. The early twentieth century was a period when women’s issues were getting some attention, and the tendency to use the ‘status of women’ as a marker of the level of advancement that a ‘civilization’ had achieved was not only confined to scholastic works but had made inroads into political debates related to social reform and nationalism.

In some cases, it actually created conditions where an assertion of their ‘identity’ by the ‘colonized subjects’ was marked by a startling upswing in practices such as sati and child marriage. Women were used to assert nationalistic chauvinism on the one hand whereas on the other, their ‘deplorable condition’ was used as a tool by the colonial ‘masters’ to beat the colonized society into submission.