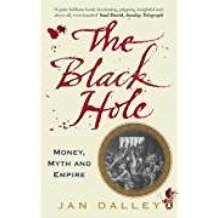 Dalley begins with the best of intentions. Debunking myths, demonstrating how the practices of history writing and representation implicitly and explicitly make and unmake myths and understanding within this how and why the story of the Black Hole of Calcutta (1756) became so central to the formation of the British Empire are his overall concerns. Unfortunately, he ends up toting up old, drab and half represented details to betray his own weakness for the enterprise of the Company Bahadur. Nothing wrong with that or even unusual about it especially as we are told in the introductory pages about his sense of identification with the dramatis personae of the eighteenth century drama set in motion by the employees of the English East India Company who according to him were not colonists, or the servants of an overtly colonial power but merely traders who had come to a foreign place for the commercial exploitation of its resources rather than the domination or administration of its people. And this he admits is part of a legitimate personal perception of a past event.

The point is taken and who is to question the audacity and perseverance of the early private traders, the intrepidity of a Clive or the ingenuity of a Watson as they planned Plassey and took over Bengal, a region that subsequently became the bridgehead for British expansion? Yet how do we match this story of personal perception and assessment with the perceptions from the other side—of a bewildered administration unable to comprehend