The Littorals of East Asia 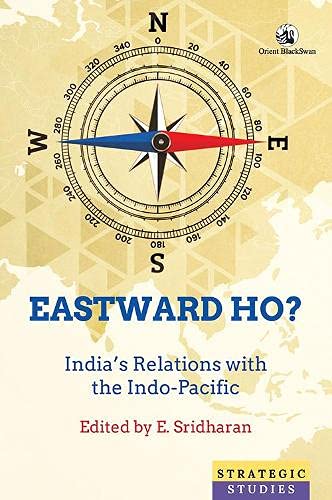 Indo-Pacific (comprising the maritime space extending to the Indian Ocean, the littorals of East Asia and to the western Pacific Ocean[1]) can be regarded as the new buzzword in international affairs. The renewed focus of the United States towards Indo-Pacific and the ‘pivot to Asia’ call adds strength to this concept. Freedom of navigation and safety of the movement of cargos and resources through the sea lanes of communication are vital for maintaining peace and order in the global system. Most of the trade and resources flow through sea routes and keeping them safe and accessible to all is an important requirement. To add to this, the presence of gas, minerals and fisheries make the oceans attractive. Oceans thus have both strategic as well as economic value and access or restricting the access can affect the countries involved.

In the last few years there has been a rise in China’s assertiveness in the South China Sea as well as the South Asian region. Beijing has been keen on extending its access to the seas and is heavily involved in major territorial disputes with its neighbours like Vietnam, the Philippines, Japan and South Korea. Most of these disputes appear to be an attempt on the part of China to extend its access to the seas and help it become a strong blue water navy. The announcement of the Maritime Silk Route under the grand Belt and Road Initiative highlights Beijing’s grand plans. However, such overtures have made its neighbours and the global community very uneasy and Beijing believes that Indo-Pacific is another ruse promoted by the United States to restrict the rise of China. It believes that countries are aligning under the banner of Indo-Pacific to challenge its position in the region.

The stability and development of the region, however, is linked to the role played by China. All the countries concerned have major economic ties with Beijing and are heavily integrated. The editor argues, ‘…Asian economic integration and the rise of China are both inter-related and pose opportunities and challenges for political and security integration. This is bound to be a long-term process, but is vulnerable to being derailed by short-term opportunistic behaviour on the part of both major and minor actors’ (p. 11).