Racism as a Legacy of Empire 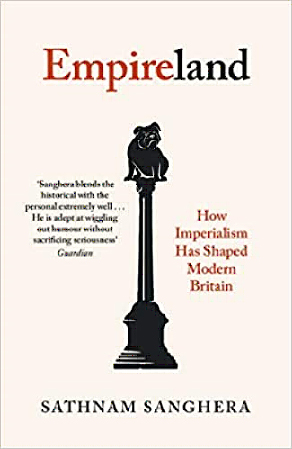 This an extremely readable book written by a British national whose Sikh and Indian roots draw him back to write not about the country of his parents’ origin (India), but his own country, Britain. In that sense, this book is distinct as it does not focus on the former colony as most books and academic works, especially in the field of postcolonial studies tend to do. It looks at the lingering after-effects of colonialism on a former colonial power like Britain itself. What emerges is an interestingly written account of Britain as a nation that held sway over a vast empire upon which a once fabled sun never set. The dusk of that very Empire has now led to an enduring twilight, in the wan warmth of whose afterglow contemporary Britain seeks a futile sustenance. Reading Sanghera’s book, the Brexit phenomenon emerges as a phenomenon of the twilight of Empire as the nation seems to descend into an ‘area of darkness’, to borrow the title of a book by an earlier and altogether curious product of the empire, the provocatively snobbish VS Naipaul.

The book is suffused with aspects that add to its readability. The first is the writer’s Sikh heritage and how this leads him to understand his family history and the richness of texture that this has brought to multicultural Britain. The second is the writer’s hometown Wolverhampton whose location in the landlocked British Midlands, somewhat akin to the landlocked Punjab of his parents and grandparents, puts Sanghera perpetually at odds with an island nation and its fascination with the sea which can never be too far away in such a small country.