The Irony of Life 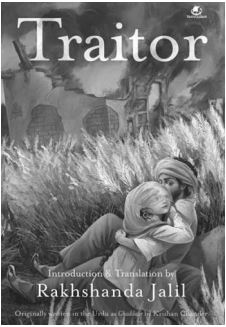 In the summer of 1947, the flames of Partition seared the souls of Indians and branded them with the torturous brutality of communal violence, and horrific images that would keep them in shock for generations. The numbers vary but it is estimated that around fifteen million people were displaced and one to two million people died violent deaths. Many more must have died of broken hearts, missing their families, their loved ones and their homes. Many more would have lost their lives to epidemics sweeping through the refugee camps on both sides of the border. More than hundred thousand women, considered the symbol of community honour, were abducted and gang-raped, many to death. Guilt may have claimed the lives of the perpetrators too. Many lost their mind. Tragedy forms the grist of writing and numerous stories have been written on the unspeakable horrors of Partition that has left an entire nation grieving for decades. From Sadat Hasan Manto’s haunting short stories, which paint moments from the Partition in excruciating detail, to Khushwant Singh’s Train to Pakistan, which delves deep into the psyche of the people, bring the reader face to face with the gruesome atrocities of these few devastating weeks in the history of India.