The Ink and Paper Routes to Karachi 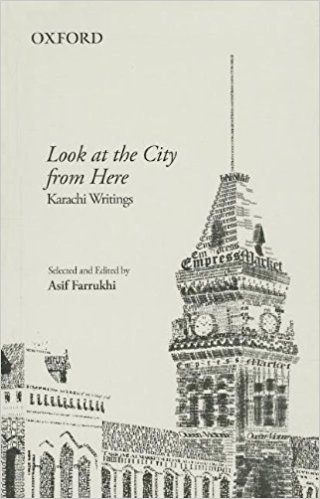 Faiz Ahmed Faiz walked up the stairs to the high terrace of his house in Karachi, and looked down at the city that lay in front of
him. The country was going through a phase of intense repression under the rule of General Ayub Khan. What Faiz could see from his vantage point was a seamless and unified urban grid that resembled and perhaps, also was the microcosm of the prison that his country had become. However, as Michel de Certeau pointed out in the initial passage of his book, The Practice of Everyday Life, the sight of a city from there could be misleading. The disruptions and multiple appropriations that the city experiences are forgotten and excluded in such a re-telling. These fissures, unseen to a man standing on the top, are intrinsic to the life and history of the city; the vicissitudes providing for an image that is inchoate, inexplicable, bursting at its seams and even squalid. Perhaps then, to be more honest to the life of Karachi as a city, its author Asif Farrukhi has adopted the ‘ink and paper route’ to approach Karachi.

Farrukhi traces the history of Karachi through the available writings on the city. This task, as he admits himself, is an onerous one from the beginning. For one, cities like Paris, New York, Cairo or closer home Delhi, Calcutta and Bombay have been marquee for authors wanting to write on a city with a seductive and tale-worthy aura around them. These cities have featured prominently in many literary publications and discussions and are well-documented in both published words and retained in people’s memory. However, there is very little that one knows of the city of Karachi. Perhaps this is no coincidence and neither is the absence of its mention as conspicuous as Farrukhi finds it. It is also true that there has been little work on the city which is evident even from the provided bibliography that relies primarily on the works of Seth Naomul Hotchand and Alexander Baillee for a historical perspective. This makes the work of preparing a reading list from works of both fiction and non-fiction even more difficult. And this is why this anthology of works on Karachi is such an admirable read.