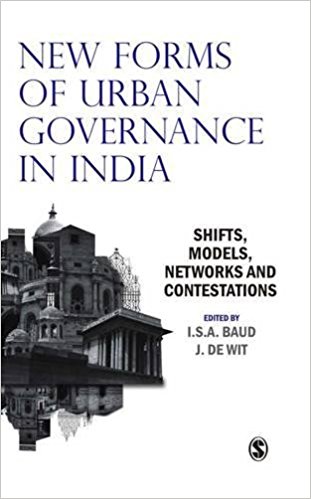 Mahatma Gandhi once said that India’s soul lives in its villages. That may well be so, but there is increasing evidence that its
brain has developed in towns and cities. Unfortunately, while this could never have been the Mahatma’s intention, a curious guilt complex has gripped India’s policy makers as far as the development of towns and cities is concerned. We must probably rank among the top of the list of nations with ugly urban centres. The legacy of planned cities dating back 3000 years to the Indus Valley Civilization lies in the overflowing filth and unplanned sprawl of our urban spaces. Far from creating an Asian model of urban planning, we have instead surprised even ourselves with the extent of our rigidity and inability to anticipate a tectonic shift in managing the changing habitat profile of our citizens.

Among the many shortcomings of our urban planning and development process—too numerous to be even listed in the course of a review—is the absence of quality research and thinking on issues of the urban environment. While poverty, especially rural poverty, is awash with world-renowned experts and literature, urban development does not seem to deserve academic attention. The Indo-Dutch Research Programme on Alternatives in Development merit our special gratitude for supporting this project in a highly under-researched field. The product is a book of 13 essays on facets of urban management and governance following the 74th Constitutional Amendment. This landmark legislation was supposed to have been a watershed in the delegation of powers and duties to urban local bodies and the various essays test this hypothesis in some detail.

Three major conclusions emerge from a reading of this book. Firstly, the process of economic liberalization which commenced in 1991 has profoundly impacted the mindset of policy planners, right down to the level of local municipalities. From being the sole or at least dominant player in determining the nature of urban development, the state has opened the gates for a range of new stakeholders to enter the planning arena. However, let us not mistake this for decentralization, as the mantra seems more in the nature of whittling down the core area of urban management to the bare minimum. This attitude is manifested most starkly in the almost desperate rush to outsource basic services (ranging from garbage collection to power and water supply) as also the provision of housing to private players. This is often pursued in a less than transparent manner with questionable achievements in terms of output and quality.
Secondly, the principle of equity has been quietly jettisoned somewhere along the way to tacitly accept the right of the better-off classes to rearrange the urban space in accordance with a global lifestyle that they have chosen to acquire. The book offers two interesting studies to illustrate this principle in the manner in which slum dwellers in Delhi have been shifted from (illegally) occupied prime space in the centre of the city to its remote periphery, with no accompanying thought about the loss of livelihoods and poor transport links to the new resettlement site. A similar pattern is visible in the treatment of huge plots of land owned by the defunct textile mills in Mumbai, with workers’ right to housing being subordinated to luxury housing and commercial development. Ultimately, the process ended up being highly rewarding (in financial terms) to the original mill owners, who had brought their textile mills to closure through the short-sighted harvesting of profits over investments in new technology. Society at large appears to accept this development as legitimate or at least inevitable.

Finally, the third and most important conclusion offered by a study of this book is the receding role of the state in guiding and influencing the direction of urban planning, barring a few pockets like Central Delhi in which it has a direct interest. The contest over policy influence is now largely between large non-public entities with huge financial muscle, and public authorities back the strongest one.

The post-74th Amendment attempts in some states to empower ward committees and involve citizens directly in urban governance read like an amusing distraction to this larger drama. Functionally, the process is already defunct, as numerous instances in the book point out. The bias of public authorities towards better-off groups (resident welfare associations of middle class localities are favoured with engagement but not those of slums) makes a mockery of the principle of local self-government. Yet, as long as the statute remains on the books or is replaced by a more sensible model, the issue of citizen involvement in urban governance will not go away. Issues of corruption, lack of transparency in contracts, the skill sets of urban administrators and the manner of fixing user charges for urban services cannot be addressed by the government alone, and finding the mechanism to involve citizens in finding answers to these challenges is still a discovery waiting to be made.

This is a very important book and needs to be read with an open mind primarily by India’s urban planners. It has some harsh findings but flinching from them will not make the truth any more palatable. The book is also a mirror which highlights the immense paucity of research in this field in our country. Ideally it should spur the government to partner the academe in initiating long-term research projects which yield evidence of this nature. Above all, the book reminds a range of stakeholders that India’s urban reform movement is without a champion, or at least a coalition of champions, and the disastrous direction of urban development and management is unlikely to change unless at least this one step is taken.