Seven Islets Transformed into a Megalopolis 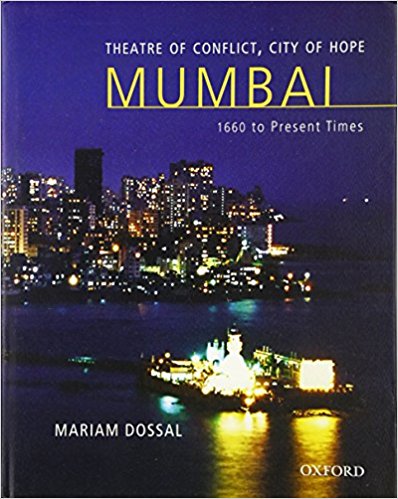 In recent years several books have been published on Indian cities. This is a healthy trend because the more we know about our cities,
the more effectively we will be able to mediate its development. In this genre, the most written about city in India is perhaps Mumbai. Publications on the city have ranged from coffee table books, fiction, socio-political studies, reportage, to its architecture and urban life styles. Mariam Dossal’s book is among them and it examines the history of civic governance in the city. Her objective is ‘to understand the ways in which the politics of land use have impacted on the lives and living conditions of Bombay’s inhabitants.’ Dossal is a Professor of History at the University of Mumbai. She is an acknowledged authority on the history of Mumbai, but her concerns in this book extend beyond the boundaries of her discipline to issues of urban planning, to help ‘evolve policies that create humane and equitable living conditions for all.’

In an earlier book, Imperial Designs and Indian Realities: The Planning of Bombay City (OUP, 1991), she had focused on the period 1845 to 1875 when major public works had transformed ‘an agrarian settlement of little significance to a world city’. The new book is more ambitious, it covers a longer time span from mid-seventeenth century when the island was handed over by the Portuguese as dowry to King Charles II of England, to the present, when the city has been transformed from Bombay into Mumbai and from ‘seven obscure islets into a megalopolis’.