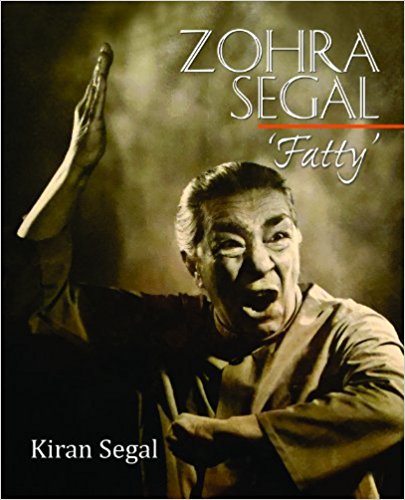 ‘…she is special…not just because she is making a hundred but because she is Zohra Segal, dancer, actress, story-teller, lover —lover of all things—and loved by all things, great and small and those in-between…’. These words of Tom Alter truly sum up the personality that has been so central to our imagination of Hindi cinema. The inimitable Zohra Segal turned hundred on April 27, 2012 and the launch of the book under review, a pictorial biography by her accomplished daughter Kiran Segal fittingly marked the centenarian’s birthday celebrations.

A familiar face to the people of the older generation, who have known her as a theatre and cinema artist, Zohra Segal is popular among the young generation as well, for her unforgettable roles in Hindi movies like Dil Se (1998), Hum Dil De Chuke Sanam (1999), and Cheeni Kum (2007) and her roles in television serials, Mulla Nasruddin and Amma and Her Family. In the West, Zohra is best known for her parts in a number of movies, Bhaji on the Beach (1992), Bend It Like Beckham, Anita and Me (both 2002) and Merchant Ivory’s The Mystic Masseur (2001). Segal also earned fame for her role as Lady Chatterjee in the television adaptation of The Jewel in the Crown (1984) and Tandoori Nights in which she appeared from 1985 to 1987.