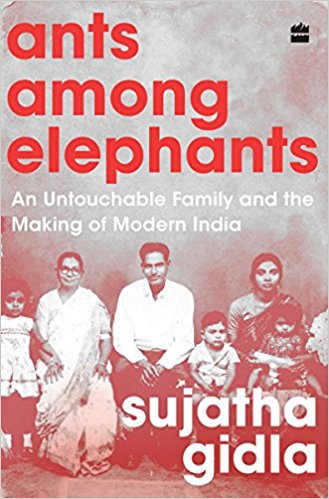 Caste continues to be a reality in India even as the country is moving to the third decade of the twenty-first century. Undoubtedly the most inhumane and oppressive aspect of the caste system is untouchability. Not only are caste and untouchability experienced in quotidian life across the country, come elections and they manifest in the most pronounced fashion in a variety of ways as the parties and politicians set out to garner votes. Lately, gaining political currency is eating in the homes of untouchables, or Dalits. These ‘photo-ops’ and ‘poster strategies’ do not in any way change the fact that this section of the Indian citizenry continues to live on the edge of the margins of Indian society. Even conversion, a strategy adopted by several Dalits/untouchables to escape the oppression of the caste system and the scourge of untouchability, does not change the objective situation most of the time. The tough journey of an ‘untouchable’ life can be captured vividly only by someone who has a lived-experience of it. Sujatha Gidla, a New York-based subway conductor paints a poignant picture of India’s centuries-old deeply entrenched caste system with the story of self and her family, particularly of her uncle KG Satyamurthy and her mother Manjula. Her untouchability remained part of her persona wherever she went into the country, a subject she could not discuss with anybody ever. What if she studied at IIT (Madras) in Chennai, her caste was not washed off by this elite institution and a prestigious educational degree. She moved to the USA in the early 1990s at the age of 26, began working in a bank in New York; now at 53, she works as a conductor in a New York subway. In this long working life, she realized that she had an identity as a person beyond her caste; that she had nothing to be ashamed about.

Sujatha Gidla was born in a Dalit Mala caste family in a remote part of Andhra region, i.e., before the State of Andhra Pradesh came into existence with parts of Nizam’s Hyderabad State and parts of Madras State. Her caste people had to compulsorily live outside the village, away from the parts where the upper castes lived. But having converted to Christianity and having been educated, they were allowed to live within the village perimeter. Since the family was Communist, they did not go to church. But like other Dalits, they were poor too. However, each of these was a reason for them to be discriminated against and kept in ‘place’ as Dalits.

Stepping out of her home, Sujatha Gidla experienced discrimination at each stage in her educational and later professional career. At the Regional Engineering College, Warangal, she found a professor who would deliberately fail students from the lower castes. Gidla was part of the group of students that called for a strike to protest over this issue; a crackdown followed. Though not in the strike committee, but a member of a radical Left students’ organization that was taking part in the strike, she (the only woman), amongst others, was detained by the police. They were taken to an undisclosed destination and tortured. ‘Beat her until I can see welts on her’—she overheard the police deputy superintendent tell two policewomen. This experience and the worry it caused to her parents, turned her off from rebellious politics and the attempts by the far Left to recruit her did not succeed.

Her early rebellious radicalism in Warangal came from her uncle, KG Satyamurthy, who was a Left leader and among the founders of the People’s War Group. She narrates his life story following several sessions of interview with him to underscore the experience of Dalit life of a previous generation. He was involved with the workers of textile mills and the railways. He had particularly reached out to and was involved in mobilizing Dalits (the ‘untouchables’ in Sujatha Gidla’s title), and other such marginalized communities. During the 1950s and 1960s he had been part of the ‘Visalandhra’ (Greater Andhra State) movement and the Andhra-Telengana riots that followed a few years later. Satyam, as he was popularly known, and her mother Manjula, were inspirations in her life for the heroic struggle against the oppressive social order in personal and public life they waged.

Gidla begins the narrative of her untouchable family in coastal Andhra from pre-Independence India. It was then a part of the Madras Presidency. Education came to the family following the conversion of her grandfather Prasanna Rao to Christianity by Canadian Baptist missionaries. He was educated in missionary schools and became a teacher, adept at the English he learnt. His dying wife’s wish, which he did his best to fulfil, that their children—Satyam, Carey (named after the British Baptist missionary at Serampore in Bengal) and Manjula—were educated.

Gidla’s narrative begins almost 70 years later, she draws mostly from conversations she had with her uncle, which she began recording only in recent years, when he had grown old (he died in 2012). She also had detailed conversations with her own mother. As it emerges, it is her family’s story of seeking education and employment in post-Independent India and the determined efforts they made in pursuit of self-respect. In a broader sense, her story is a larger story of caste, the hydra-headed social monster, that has its tentacles spread comprehensively into Indian life. More particularly, it is a story of the oppressive burden of untouchability, and the sinister ways in which caste and its multiple manifestations manipulate and express itself even in social change, in ideologies and political systems.

Gidla narrates the story of her uncle Satyam, who was a bright student in his college; but though the hope of his family, he lacked money to pay his fees. This is where Gidla situates his ‘poor’ uncle amongst his upper caste classmates as the ‘ant among elephants’. His nationalist and activist personality drew him in the early 1940s to the Quit India Movement, but he was disillusioned when it failed. Still having financial difficulties, he was drawn to Telugu literature, its old classics and avant-garde poetry.

Gidla also contextualizes the Telengana movement that was waged by the peasants beginning 1946 against the Nizam of Hyderabad, but more particularly against the rich landlords, known as the ‘dora’. The ‘dora system’ institutionalized a framework of feudal obligations and services on the poor peasants and social and economic dependents. The Communist Party of India, inspired by movements in China and the Soviet Union, championed the causes of the tiller and the landless labour and led the movement. It was also a troubled time for the Nizam’s regime that was fighting a battle for its own survival as an independent entity. He raised the infamous irregular force called the Razakars, which went berserk. Gidla describes in detail the coercion unleashed on those protesting against the regime and against the Nizam’s intentions of either independence or going with Pakistan. The Communist movement too was oppressed by the Nizam and, later, by the Indian state. The government of Independent India unleashed the army against the Communists and their supporters. Gidla was told by her uncle that Nehru was a let-down in every sense. Satyam was wedded to the revolutionary ideology of the Communist Party. They also became the largest opposition party in Madras Presidency and then agreed to support the Congress government. Satyam believed the movement was incomplete, the questions the tillers raised had not been addressed yet. Caste played a role here too as the rich Reddys, Kammas and Kapus dominated the party in the Andhra region, and the Dalit castes such as the Malas, the Madigas were simply disregarded. His disillusionment gradually took him to the emerging radical section of the party.

Satyam’s story is incomplete without that of his youngest sister Manjula, Gidla’s mother, whose life was dominated by the brothers. Their stranglehold on her habits, routine and dress became more rigid once Manjula went to college. She also encountered discrimination in the public spheres of education and politics at every turn, at home and outside. She struggled constantly and consistently against the prevailing bleak prospects to seek a better life. The journeys of the brother and the sister were different, but caste was always insidiously present. While Satyam was inspired by the Naxalbari movement with faith in and admiration for Charu Mazumdar, he would take part in the Srikakulam peasant uprising (1967-70). But for Manjula the struggle was against not only the punishing impositions of caste, but also strictures of religion and the family. Her efforts to befriend higher caste Kamma and Kapu girls made her caste peers turn against her. Satyam going underground impacted her as well as she would not get a permanent job as a teacher. She had to be content with every temporary job that came her way—these came not so much with her own ability as due to the interventions from well-meaning upper caste superiors. There were always sadistic superiors to cope with. Satyam’s absence in this crucial period of her life meant Manjula had no one to turn to.

The social discrimination, instead of weakening Sujatha Gidla, strengthened her resolve to be recognized, despite the Dalit tag, which she thought empowered her. In the US, she rose above all her vulnerabilities and realized that her knowledge was power. She began her career as an engineer, finally settling down with her current job in a New York subway.

The narrative Sujatha Gilda builds with the experiences of her uncle, her mother and her own, creates a large canvas of Dalit oppression in Independent India. The oppression is intrusive and keeps coming back in the lives of people despite education in every sphere of life. This book is a must read for students of all disciplines of social sciences.