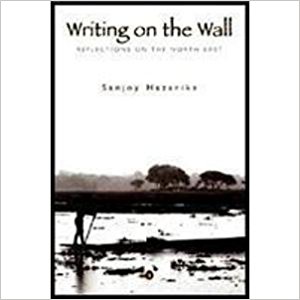 This collection of essays according to the author, ‘convey the author’s concerns on a wide range of issues, from the Brahmaputra and river waters to the peace talks in Nagaland, from the situation in Burma (Myanmar) to the anger and disappointment at the failures of the Government of India, as also the local governments and governance’. To discuss all these issues plus the complicacies of ethnic politics and the many layers of violence unleashed by the different insurgent groups and the Indian state in such a slim volume is no easy task. But Sanjoy Hazarika knows the region and its people well and his essays, some of which have already been published in different newspapers and journals, reveal a mind which is acutely sensitive to the problems being faced by the people of the North-Eastern region as well as its inner strength and beauty. However, I fail to understand why he begins with the oft-repeated premise that the North-East ‘still remains misunderstood and unreported’ except for the wrong reasons.

The theme of the essays is set out quite clearly in the beginning itself where the author stresses the need for dialogue and a move towards the politics of tolerance and accommodation.

The first part of the book which is made up of the Introduction is split into two essays. The first essay deals with the Armed Forces Special Powers Act of 1958 and how, instead of helping to curb insurgency, this infamous piece of legislation has contributed towards further alienation of the people of the North-East. Sanjoy Hazarika was himself one of the members of the Jeevan Reddy Committee set up by Prime Minister Manmohan Singh in the year 2005 after Manipur burst into a spell of violent people’s protest following the rape and murder of the young Manipur woman, Thanjam Manorama, by some personnel of the Assam Rifles. Actually this essay is a note which the author wrote as part of the Jeevan Reddy Committee’s Report on the AFSPA and, while calling for the deployment of the army in the rarest of rare cases, ends with the hope that ‘at the end of every dark night, there is a dawn, however delayed’. But in this end-note written three years after the report was submitted, the author bemoans the fact that although the Jeevan Reddy Committee had unanimously recommended the repeal of the AFSPA, the Manmohan Singh Government did not even table the report in Parliament or make it public, let alone consider accepting suggestions for its repeal. In this Sanjoy makes a valid point by saying that in our democracy such matters are often decided not by the elected representatives of the people but by the Army working in tandem with the bureaucrats manning the Ministries of Defence and Home Affairs. In such a situation, the question of restoring the people’s faith in governance just does not arise and this in turn helps the militant groups to consolidate themselves. The manner in which the Jeevan Reddy Committee’s report was scuttled by the army and the hawks in the administration amply reveals that fragile side of our much-touted democracy which mainstream media and politicians refuse to see.