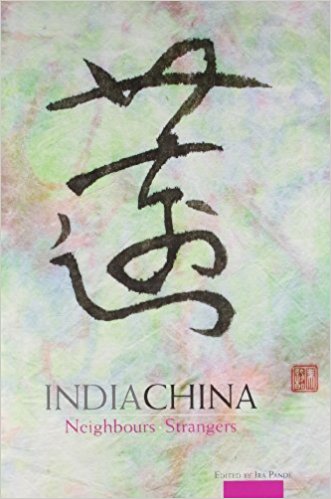 Many things about this book are unique and unusual. First is the title itself. There are no punctuation marks connecting the four words India China Neighbours Strangers. This may be symbolic of the disconnect that exists between the two ancient civilizations now attempting to acquire nation-state characteristics. There are some outstanding photographs of China and the Chinese. Each of the photographs is a story unto itself. The wonderful photographs have been taken by Luo Dan, Vidura Jung Bahadur, Pablo Bartholomew and Saikal Das, among others. The editor and the publisher deserve praise for giving so much to the reader in about 450 pages.

The articles, 34 in number including the Preface, Introduction, Prologue and Photo-essays, are timely and useful apart from being of high academic quality. Most of the contributors are China scholars who also have profound knowledge of, and interest in, India. The essays cover a wide range of subjects varying from civilizational attributes to Buddhism to modern international politics, economy and social issues.

K.P.S. Menon’s Prologue to the book was first published almost four decades back but is as refreshing as ever in putting India-China relations in the right perspective. It is a plea ‘to end the period of rancour and bitterness with China’.