How a Brutal Civil War was Ended 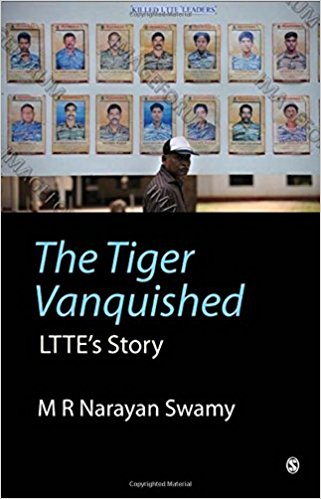 Given the regular monotony with which Islamist extremists keep blowing themselves up in Iraq, Afghanistan and the border areas
of Pakistan one may be forgiven for forgetting that the suicide bomber was an invention of the Liberation Tigers of Tamil Eelam (LTTE)—the original big daddy of international terrorism.

The Tamil group served as the leitmotif of several terrorist movements that subsequently came up across the world. The romanticized story of an oppressed minority taking to arms to fight off a brutal state caught the imagination of many and led to the deaths of more than 90,000 people in the island nation of Sri Lanka. It was a brutal war and not just a David and Goliath story. LTTE’s elusive leader Velupillai Prabhakaran may have started with a catapult to kill birds but his group did not confine itself only to Goliath’s slingshot. It built an impressive army, an effective navy and was working on an air force.

Two things ran in the LTTE’s favour that contemporary terror groups do not enjoy. First, it built itself up in the pre-9/11 world where the West had little time for inhabitants of a small nation engaged in a civil war. Second, there was no television and 24 x 7 news channels to report every ghastly killing. Consequently, the LTTE remained a shadowy terror organization even though it killed prime ministers and made billions from drug trade. It remained largely out of the public eye even in the Indian press, with most of its coverage remaining confined to south Indian or Tamil newspapers.