The Cult of Islamic Terrorism 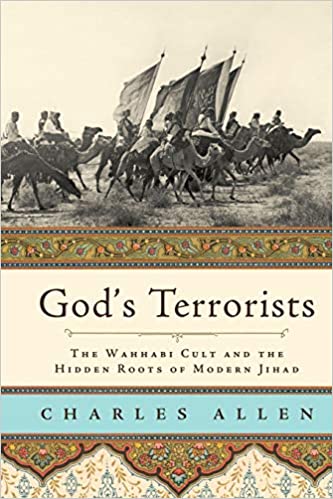 Charles Allen is not a stranger to India. His ancestors have been associated with India for generations. Charles came into prominence as the author of The Plain Tales of the Raj and he followed it up with several very readable accounts of little-known events in British Indian history like the exploration of the sources of the five rivers around Mount Kailash, the subjugation of the wild tribes of the Afghan border, the British invasion of Tibet or the discovery of Buddhist remains in the country. Now he has studied the history of the murderous cult that originated in Saudi Arabia in the 18th century and its tenuous connections with India, which has become its modern target. Abd al Wahhab was an 18th-century religious fanatic living in Nezd in Arabia. He declared that jihad against non-believers is the noblest function of Islam for the sake of mankind. He concentrated on the Verse of the Sword in the Quran, which incited its followers to ‘kill the idolaters wherever you find them, lie in wait for them at every point of observation’.

His Islam effectively sidelined the Quran’s central message of charity, forgiveness and mercy. On the contrary, he advocated an aggressive intolerance bordering on fanaticism.