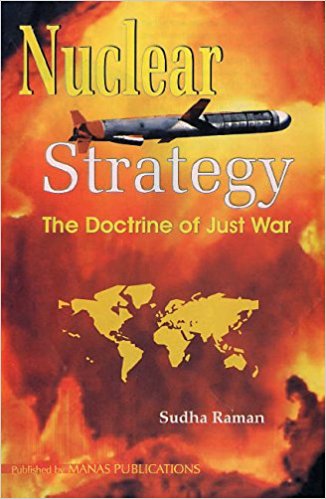 The concept of nuclear deterrence has proved to be a baffling enigma. Very often perceived in many different ways and despite all theoretical challenges and analytical condemnation—it survives. As the reverie of a nuclear weapons-free world fades by the day, there is hardly any alternative to nuclear deterrence, especially in the absence of an effective nuclear coordination arrangement among states. With the passage of time, strategies change and transform to keep pace with changing political scenarios and the economic and technological abilities of the actors, and predominant perceptions and beliefs of the day. The inherent essential components remain though new shades and hues can be detected in the original version. Sudha Raman has juxtaposed nuclear deterrence with the doctrine of just war. The title of the volume is arranged in such a way that it may raise the suspicion whether nuclear strategy itself is equivalent to the doctrine of just war but Raman’s analysis follows the predictable path as she concludes with a quotation that announces in no uncertain terms that nuclear weapons actually explode the theory of just war.