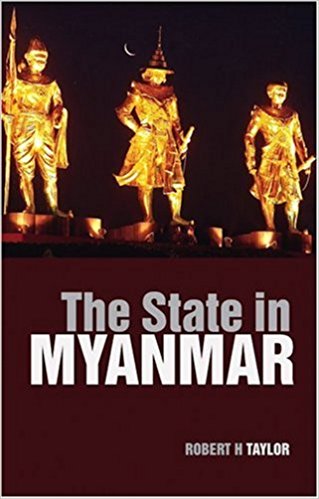 Burma or what is now called Myanmar by its psychopathic military rulers, was living for many years in complete isolation away from world’s attention. Its now deceased architect of the regime, General Ne Win usurped power through a military coup in 1962 contrived a confused ideology of ‘Burmese Way to Socialism,’ nationalized most of the business enterprises and turned them into inefficient and corrupt undertakings, and led the richest country in Southeast Asia into economically a near-collapse by the late 1980s fuelling social and political turmoil. Realizing the utter bankruptcy and failure of his model of political and economic engineering, and that the regime had little time remaining to attempt to reverse the decline of the state and nation before revolutionary pressures overwhelmed them, Ne Win decided in August 1987 to introduce some political and economic reforms.

It was, however, too late, as the system he created was too entrenched and was beyond reform. Finally, he announced his resignation on 23 July 1988 at an extraordinary Burma Socialist Programme Party (BSPP) meeting, where he also proposed for a referendum on whether the public wished to revert to a multi-party political system but was rejected. The unwillingness of the BSPP Congress to consider conceding power in an orderly process, or propose a viable means of resolving the current social and political turmoil resulted in growing public disorder which eventually led to military take over in the name of State Law and Order Restoration Council (SLORC) and brutal suppression of public protest.

Out of those protests in the months of 1988 emerged a charismatic leader Daw Aung San Suu Kyi, the daughter of the General Aung San, leader of Burma’s independence struggle against the British and the Japanese. She returned to Yangon from England in March 1988, after a long absence of more than 25 years, to nurse her ailing mother, and emerged five months later as one of the most powerful symbols of political protest in the country, and perhaps more important, internationally. From her first major public address at the Shwedagon Pagoda, when she called the prevailing demonstrations part of a ‘second struggle for independence’ that struck a cord in the young and the old suffering under army’s oppressive rule, she emerged as the fulcrum of protest politics in Burma. The political party she was able to stitch together with disparate political groups of old politicians, new activists and students and coalition of ethnic groups, called the National League for Democracy was able to capture an overwhelming majority in the elections that were held in May 1990 under the auspices of SLORC. Despite large scale arrests of NLD leaders prior to elections and house arrest of Aung San Suu Kyi, NLS received 57.87 per cent of the valid vote, gaining 392 or 80.82 per cent of the constituencies contested. The SLORC floated National Unity Party could only get ten seats, even though its share of votes was just about 25 per cent. Despite this overwhelming victory, SLORC refused to hand over power to NLD on the pretext that a constitution needed to be drafted before power could be transferred. SLORC’s refusal to hand over power to an elected government and the international stature that Aung San Suu Kyi gained by that time through her unbreakable determination to fight for the cause of democracy and removal of military rule, suddenly brought Burma to international attention and with it a proliferation of literature trying to explain the dynamics of politics in Burma/Myanmar and the psychology of the reclusive military regime that is impervious to any political change in the country that challenges its dominance.