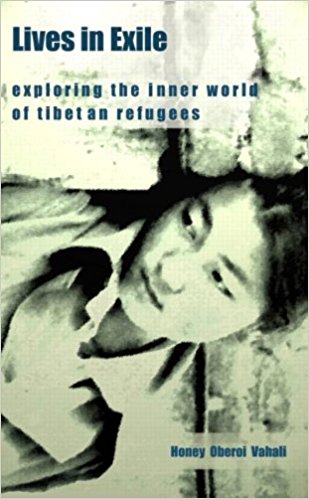 There is a plethora of literature on Tibetan refugees both here in India as well as the world outside; in fact it may be hard to list countries that have escaped the Tibetan Diaspora. What is unique to the book under review is that it seeks to explore the inner world of the exiles and describes the life-histories of three generations of Tibetans living in India since the 1950s as well as some recent arrivals including Rinpoches, former political prisoners and survivors of torture. The backdrop is the notorious exploitation of Tibetans by their Chinese masters, events following the March (1959) rebellion in Lhasa and their impact on an individual’s personal history as well as the community as a whole. Along with the palpable pain of ‘refugeehood’, the notion of exile is interpreted as a ‘forsaken fragment of the self.’ The fieldwork spanned a little over a decade (1996–2007) and was carried out mostly in Dharamsala. What of the other large Tibetan refugee settlements especially around Leh in the north and Karnataka in the south?

The history of human conquest, empire-building and consolidation, it may be pertinent to recall, suppresses within its folds—and silently expels from its consciousness—the existence of another history, of mass uprootedness, exile, refugeehood. With capitalism and mass production, success and competitiveness came to define the prime values of our times. It should follow that stories of communist successes hide parallel stories of repressed voices and enforced silences. By listening to these voices Beijing would appreciate how different from its own was the pattern of life it made its minority Tibetan nationality to lead. Revolving around pain and struggle, separation and division, longing and desire, faith and trust, hope and alienation, resolution and despair, submission and resistance—the narrative of early, first generation, Tibetan exiles reveals that notwithstanding their trials and tribulations, they are still connected to the ordinary aspects of everyday life. Coming to terms with their exiled status, their life histories offer different attitudes and meanings of being Tibetan. The second generation, often dubbed the Dalai Lama’s ‘youthful’ children, are for most part in their 20’s and 30’s. Born and brought up in India, they situate and experience themselves within the givens of ‘flux and fluidity’, suffer from an ‘abounding’ feeling of loss and are sorely afraid of time running out on them. Making sense of their frustrations, they suffer from deeply unsettling emotions of despair about their country’s political future. More, if nonviolence were lost in the Tibetan cause, they reason, it may well be lost for the world at large. ’Modern’ Tibetans exposed to the late Marxist Tibetan historian K. Dhondup offer a strong political critique of Tibet’s feudal past and speak about it confidently and candidly. Like many of their generation, they insist on a separation of religion and politics and speak of their differences with the Dalai Lama. While recognizing the pain and privations of their parents and grandparents, their own conscious emotional state was not marked by much discomfort or distress. Music, parties, movies and trekking were the sort of activities around which most of their lives revolved. Going to America, adopting western attire and social mannerisms, acquiring some assets—all these were as important to them as it was to be a good human being and to practise Buddhism. Which implied striking a balance between being humanistic and fulfilling one’s worldly needs bordering sometimes on the luxurious.