Territory as a Social Construct 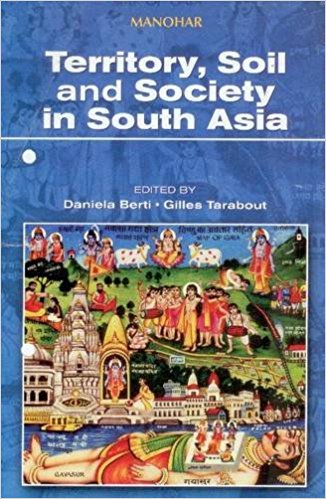 Editors Daniela Berti and Gilles Tarabout explore the concept of territory as a social construct rather than a purely jurisdictional unit of political control. Borrowing from geographer Bonnemaison and acknowledging that the concept of ‘territory’ itself remains largely unexplored in the social sciences, they pursue territoriality more as a ‘notion of identity than security.’ In this collection of nine scholarly papers, from diverse traditions of Indology, Philology and Cultural Anthropology, they present territory as an ‘array of connected notions’ that include ‘space’, ‘place’, ‘location’, ‘site’ or ‘landscape.’ Together, these papers demonstrate the use of religious ritual and its varied symbols as a means to establish a sense of identity or belonging to spatial units in a variety of scales ranging from the household to the nation state and both in ancient and contemporary India. Arguing against the stereotype prevailing among several scholars that conventional notions of territory as a means of political organization were absent in India, Berti and Tarabout choose to deliberate on the discourse of territory and define it as a ‘category that has explicit cognitive value, as an object of symbolic activity, representations and debates.’

Towards this end, they single out French anthropologist, Louis Dumont’s visualization of traditional Indian society as strictly hierarchical and caste based and not overly concerned about proprietary control, denouncing it as an expressly Orientalist notion, a mere continuation of ideas promoted by colonial rulers and thus in need of a revaluation. In their introductory chapter, Berti and Tarabout dwell on the varied misleading assumptions on the nature of Indian society by scholars inheriting Dumont’s legacy. Dumont’s own perception of the classic, Janapada (or territorial realms within kingdoms of the later Vedic period) that is literally a ‘place of the people’ or a ‘footprint’ (pada) of a tribe (jana), as being more centered in the population rather than the territory is cited as an example of such devaluation of notions of jurisdictional control. Many other fallacies appear to have been promoted by anthropologists from this school.