Television and the India Story 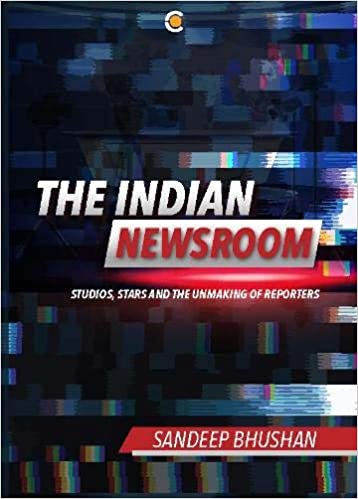 New York University Professor Arvind Rajagopal has observed that television is an important avenue through which new modes of exercising power are being practiced. The two books under review provide insights into the Indian version of this phenomenon.The first, Sandeep Bhushan’s The Indian Newsroom Studios, Stars and the Unmaking of Reporters, is a straightforward narration of the forces—ranging from the technological to the economic and political—that shaped the newsroom over the last two decades. The second, Sanjay Asthana’s India’s State-run Media: Broadcasting, Power, and Narrative, focuses on Indian broadcasting as a historical phenomenon from colonial to postcolonial times, using a highly theorized framework, ‘drawing on (Paul) Ricoeur’s formulation of the “double hermeneutic” and (Michael) Foucault’s late work on the “hermeneutics of the self”.’ While the first book is a personalized view of how private players seized and over-ran the televisual space, firmly relegating state-run Doordarshan to the margins in the frenetic, unforgiving race for eyeballs, the second analyses how the Indian state deployed Doordarshan—over which it exercised near absolute monopoly—to create its own notion of national sovereignty. The differences between the two books are stark but each, in its own way, explores how Indian television came to be used as a mode ‘of exercising power’.X`