How Power Shapes the Idea of Race 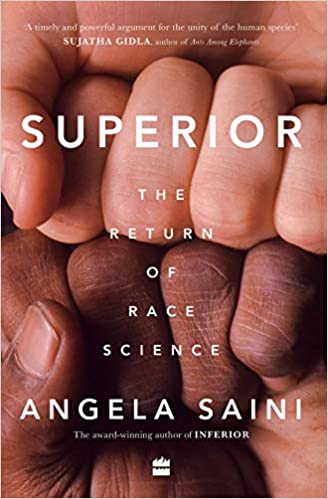 In this fascinating account of the history of humans on planet earth, Angela Saini pushes  the story of evolution back to 200,000 years, (instead of the more frequent  ‘45,000 years ago’), and presses for a diffused history of mankind, rather than a linear evolutionary model. The idea that people emerged in China, as much as in Africa, shows us how ‘nationalist’ histories evoke their differences in terms of archaeological interpretations of autonomous origins, rather than in shared origins which was the earlier motivation. The latter view gave us Levi Stauss’s  notion of the unity of the human mind, which was such an ideological peg for understanding cultural differences and human unity.

However, Ms Saini is enthusiastic about analysing the present interest in DNA tests,  which people spend money on, in order to  enquire about their  generic origins from sources which are commercial or popular science agencies. Her answer to this is that DNA is actually a wild guess about probabilities and that actually, the further back one goes in this tracing of genes, the likelihood is that everyone is related to everyone under the umbrella of the ‘human’.