Tales Of Now And Then 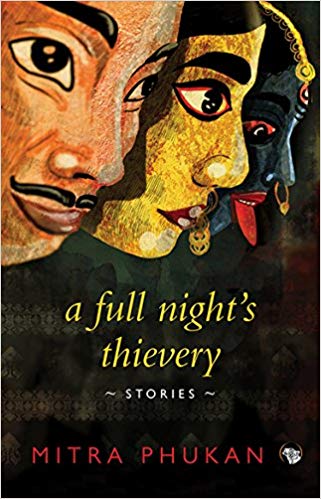 What greater pleasure than to discover a wonderful writer and read an old favourite! Mitra Phookan is a delightful author from Assam whose stories in this collection are a sample of life set in a more leisurely pace and space. They touch the now and the here but the narrative technique is like a breath of fresh air blowing off the cobwebs but gentle and whispering in its flow. Ismat Chugtai is her usual sharp self, giving us her take on childhood, mercilessly stripping away the layers from the so called idyllic time of people’s lives.

Let us first look at the Assamese stories that while being rooted in their soil are also universal in their appeal. Each of the thirteen stories adds to the rich tapestry of wefts and warps of literary culture in the north east. The eponymous short story seems to belong to a more innocent time when rich women removed their jewellery and left them on the table with windows wide open! The hero is a thief who evades arrest and ends up having the readers rooting for him. The town in question is so small that he is ‘the official thief of Rupohi, [who] held a position, if not of honour, exactly, at least of recognition in the town’ (p. 60). When he attempts to steal the gold ornaments from the rich magistrate’s house, he is thwarted, and the ensuing versions of the same are so exaggerated that one of the narrators has ‘now become an acclaimed writer of fiction. Probably this childhood trauma has had something to do with it’ (p. 79)! It is precisely such sentences strewn around casually that enchant and grip the reader’s interest.

Mitra Phookan’s stories, some of which have been published already in other places, have been reworked and rewritten for this collection. There is a subtle intertextuality at play as the protagonist of the first story ‘The Choice’, a rudra veena player, finds mention in another story, ‘Homecoming’, focusing on the maker of the very same instrument. In the first, we see the heart-wrenching parting from the beloved instrument that the renowned player decides to give up as it is associated with a Curse. The story is an intensely emotional monologue of the protagonist as he convinces himself to part with it. The latter is the agony also of parting felt by the veena maker as he gives away each finished instrument, feeling like a father giving away a daughter. But as a painful parallel, when a veena returns, ‘like daughters who came from their marital home to their father’s house’ (p. 136) he is able to set it right unlike in the case of his daughter whose broken marriage he cannot set right.