Stepping Out of the Margins 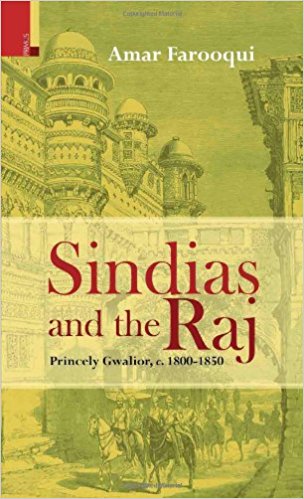 A renewed discussion over the histories of the Princely States in Colonial India has brought many interesting themes to the fore for some time now. While it is difficult to ascertain whether the subject itself has arrived in the mainstream of Indian historiography, it is safe to assume that due to the sustained work of some scholars it has taken a step out of the margins. For too long were the Princely States on the periphery of understanding the subcontinent’s experience with colonialism. However, there have been notable exceptions to the previous statement. To be more specific, one is thinking of the Princely States of Kashmir and Hyderabad. However the engagements with the former were almost singularly obsessed with finding the antecedents of the present crisis in the state of Jammu and Kashmir; arguing either the presence of a composite Kashmiriyat in the valley or a fractious relation with the Indian state from the very beginning (with the recent works of Mridu Rai and Chitralekha Zuthsi serving as notable exceptions to this approach). In the case of Hyderabad, the discussions have been either preoccupied with the flashpoint in the 1940s or the exotic (and exorbitant) Nizam and his lifestyle. And then there are some coffee table books on the Rajputana states which are meant for the traveller more than the historian.

The nationalist writings offer very little insights on this subject. The Princely States were granted their right to autonomy after the 1857 unrest, a Regent was placed who acted as a de facto governor of the region/State, the nationalist movement grew from strength to strength and got India independent and almost equally miraculously Sardar Patel got the 500- odd Princely States to cede to Independent India. The Marxists offered token sympathy to these regions by acknowledging some of the parallel movements that these States organized. However, it is only in the past two decades that there has been a growth in monographs and books that deal with the subject in frameworks outside of the nationalist mould. The more recent scholarship is also represen-tative of the exercise in self-reflexivity by these writers and it is in this context of newer wri-tings on the Princely States that we should locate the recent Sindias and the Raj: Princely Gwalior c. 1800-1850  by Amar Farooqui.