Speaking Out for Gender Identity 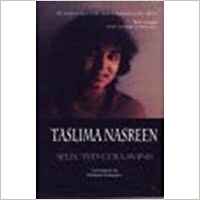 Taslima Nasreen’s Nirbachito Column first came out in Bengali in 1991and soon thereafter it swept the Kolkata market, creating waves in the psyche of the Bengali bhadralog class; most women were elated, while conventional men and women did not conceal their scepticism and even launched sharp criticism of her contentions. But she was discussed everywhere and within a brief timespan Taslima became a household name. Her subsequent writings, novels and columns were read with abiding interest, acclaimed or denounced after being closely scrutinized: but they received a wide readership. The magnetic spell and flair of her writing alongside thought-provoking ideas and remarks enthralled this reviewer with such intensity that she completed the book within a few hours. The substance and content of her opinions left a deep impress on the mind as she was able to touch the common chord of fighting and changing the patriarchal system. There were many who felt in a similar vein as one’s thoughts resembled hers (even if the conclusions arrived at were dissimilar and different at times) though one was not in a position to express the way she did. The only regret was that her readership was confined to Bengal.