A State With A Contested Past 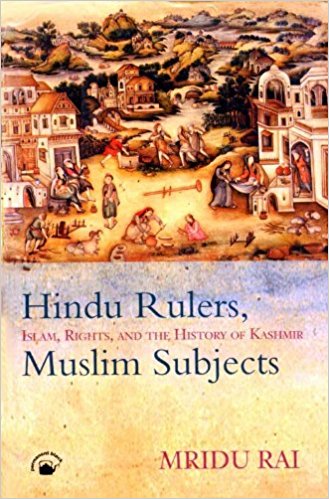 History hangs heavy on Kashmir. The state’s complex and contested past resurfaces repeatedly in its present-day dilemmas, and today’s headlines are often coloured by references to disputes of the past. To understand what is going on right now draws one into what is a never-ending debate about events that took place half-a-century ago or more. Mridu Rai takes us even further, all the way back to 1846 when the Dogra state was founded in Jammu, the point, in her view, at which Kashmiri society began to be riven into unequal halves, ruler and ruled, exploiter and exploited, Hindu and Muslim. In her telling, that is the source and fount of today’s troubles, and she makes a well-argued case of it. The early story of the Jammu rajas needs no repetition and Mridu Rai is less concerned with Gulab Singh’s rise than with the nature of the state he founded. Initially, this was a traditional type of polity tied to the Sikh durbar of Maharaja Ranjit Singh, with fluid boundaries and layered internal sovereignty, in that the state included multiple sources of political and religious authority. The Sikh wars changed all that.