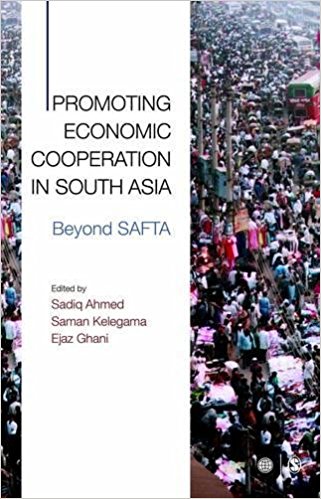 South Asia has attracted global attention, having experienced rapid GDP growth since 1980, averaging nearly 6 percent per annum.It is also true that the region has shown considerable resilience in face of global financial crisis of 2008–09. Yet the region faces many challenges. In a Preface to the book the editors point to the two faces of South Asia. The first is the dynamic, growing rapidly, highly urbanized region benefiting from globalization. The second is largely agricultural, land-locked, suffering from many conflicts and lagging behind. This dichotomy is in fact, increasing. Regional conflicts have made South Asia one of the least integrated regions in the world. Also highlighted is the fact that several lagging regions in the larger South Asian countries of Bangladesh, India and Pakistan are located in the border areas and suffer from lack of market integration.

The current volume is the outcome of the First South Asia Economic Summit (SAES) which sought to provide a forum for a public debate on economic cooperation in South Asia. The SAES was held in Colombo during 28–30 August 2008, as a follow-up to the 15th SAARC Heads of State Summit, also held in Colombo. This was organized by the Institute of Policy Studies, Sri Lanka, and the Federation of Chambers of Commerce and Industry of Sri Lanka in partnership with a number of policy-oriented Think Tanks such as the Research and Information System for Developing Countries, New Delhi, and a number of international organizations.