In Search of Systemic Change 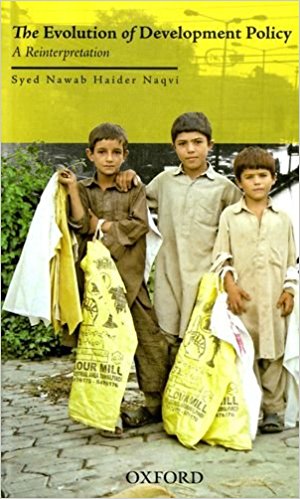 What are the paradigmatic affiliations of development econo-mists and how can a corrective development policy from existing literature and actual experience converge? What is the most appropriate institutional framework which should be adopted for achieving economic progress? Is it the one in which the dominant role is assigned to socially committed development states, or that which the invisible hand airily performs all by itself? The book by Syed Nawab Haider Naqvi tackles these questions head-on. In 442 pages, Naqvi covers a half century old growth of development economic policies. The end of World Wars I and II saw a new underdeveloped world hungry in their quest for the holy grail of economic prosperity, in Naqvi’s words, ‘stuck in a quagmire of negative growth, poverty,deprivation,inequality’, This book strives to offer an alternative development policy to bring about an egalitarian systemic change and to raise the welfare of less privileged by foresaking anti-progress prejudices.

The author sets for himself a bold task of reinterpreting the dialogue regarding the role that the current ‘corrective development policies’ should play in developing economies. He is opposed to extreme models of universal government success (communism) and universal market success (he calls it unvarnished capitalism) and prescribes the middle road of mixed economy. He claims that this was the philosophy behind the development of Latin America, Asia and Africa from 1950 until 1980 after which ‘the unremitting hostile fire’ of the liberalist ideas forced these countries to tread away from this path of development model.