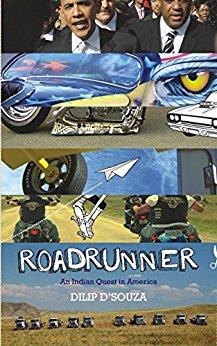 There are not many Indian authors who had the courage and confidence to write about the United States of America despite the fact that many young and not-so-young men, and young and no-so-young women in post-Independent Indiaespecially from the 1950s and 1960s onwardshave literally grown up loving American popular fiction, popular music and popular cinema (Hollywood). When satellite television came in the 1990s, the America-hungry folk in our cities just grabbed every bit of the jaded soap operas like The Bold And The Beautiful and Santa Barbara. In the last few years, a much younger generation got hooked on to Baywatch, Friends and even Ally McBeal. It was in many ways a passive absorption of everything American. This did not however find expression in books, essays, stories from the Indian side. From Bharati Mukherjee to Jhumpa Lahiri, the stories were mostly about Indians settled over there.

The only exception but in the non-fiction genre was Allan Sealys From Yukon To Yucatan, a travelogue from the northernmost point of the north American landmass to its southernmost tip. Sealy set out to break the silence and barrier of an Indian writing knowingly about the land, but he admitted that the book did not sell in India or in the US. Sealys however was a literary undertaking and perhaps he did not desire it to be a popular work.