The Visual and the Verbal 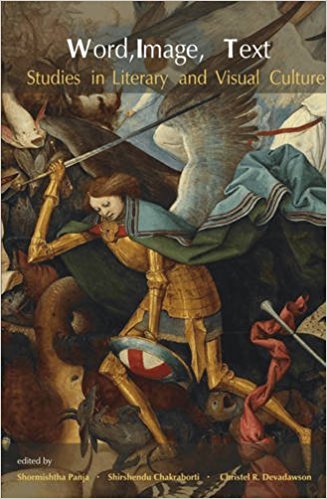 Divided into four sections, each one with an introduction, this book is with five essays on the renaissance in Europe, four on the Indian subcontinent, and two each on eighteenth and nineteenth century Europe and ‘Art and Philosophy’, the scope of this book is quite vast even if it is largely Eurocentric. The book is born of the urge to bring together the visual and the verbal, to textualize all representations and creative expressions. Thus, the book is interdisciplinary, as it claims, bringing together literature with other arts. The thirteen essays by scholars from around the world make extremely rewarding reading. The first section is on the renaissance or the early modern period. The five essays here deal with a wide range of objects like frontispiece design, gardens, drawings by Titian, Mughal paintings, and paintings by Peiter Breugel. True to the attempt to study the literary and the visual together, the first essay by Stuart Sillars looks at the cultural charge of the archthe triumphal arch in paintings as well as the arch as frontispiece of masques, plays, and books.

The arch, he argues, is in itself an object that marries the visual and the word with the tablet above the arch inscribed appropriately. Shormishtha Panja reads Shakespeare’s Venus and Adonis and The Rape of Lucrece in conjuction with two paintings by Titian, Venus and Adonis and Tarquin and Lucretia. Panja reads these as companion pieces. This is an interesting attempt to find a common vocabulary to speak of poetry and painting.