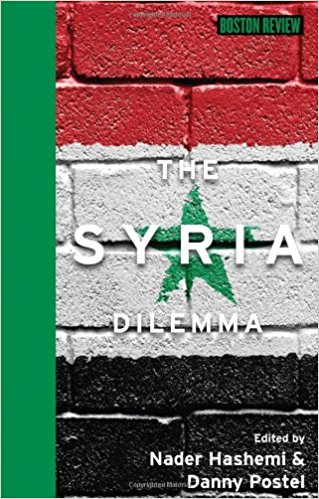 Simply put, there is no good option in Syria. Not only has the time passed for the international community to be able to effect an internal solution to the crisis inside the country, the geopolitical dynamics outside Syria are also changing at a rapid pace. So even if there was a good solution today, it would likely be dated and unworkable by the time it is ready to be implemented. The editors of The Syria Dilemma should be congratulated, nonetheless, for their ambitious project of bringing in a number of workable solutions, incorporating the varied views of authors, foreign policy analysts, and thinkers on what the US can and should do next. The essays, written over the course of 2013, deal primarily with the question of intervention, with many of the authors asking at what point in the crisis, where 140,000 people have been killed, more than a million made homeless, and the Assad regime remains strong, would the US move in to intervene? Turning over that question is a battery of the best minds in the US on the subject, from the Time Editor at Large Fareed Zakaria and ABC’s Charles Glass, who don’t favour any intervention, to Obama’s special envoy Vali Nasr, Syrian Centre Director Radwan Zadieh, and Human Rights Watch Chief Kenneth Roth, who push for a ‘humanitarian intervention’ that arms rebels, sets up a no-fly zone, to the famous New America President Anne Marie Slaughter and University of Denver Professor Tom Farer who advocate a more robust intervention by the US to stop the killings.