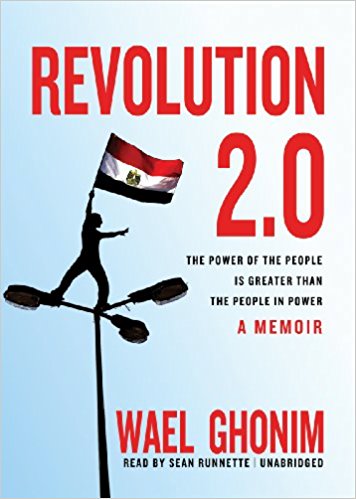 The memoir under review is a chronicle of Egypt’s ‘Arab Spring’ from an author who not only had a ringside view of the events as they unfolded but played an important part in channelling the people’s pent up emotions. It is a powerful testimony to the impact that ordinary but conscientious citizens can play in determining the course of their nation’s history. Wael Ghonim’s online activism, sparked by the murder of a fellow citizen Khaled Said by security forces in broad daylight on June 6, 2010, had limited aims. This was to expose gross human rights violations being committed by the security apparatus of the Mubarak regime and ensure that the perpetrators of the crime faced justice. The ‘Kullena Khaled Said’ [We are all Khaled Said] (KKS) webpage started by the author generated a large following from a critical section of the population that was fed up with such atrocities and lack of account-ability from the government coupled with suppression of information related to such issues by state-controlled media. The author was the originator of novel nonviolent protest tactics like the ‘Silent Stand’ which enjoined Egyptians to stand in protest along the beachfronts and major roads in important cities like Cairo and Alexandria to bring pressure on the regime to act against the perpetrators.