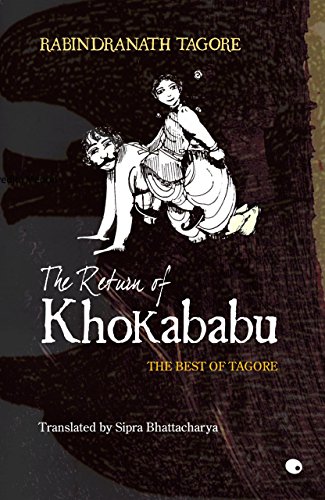 For quite a few decades, the world outside Bengal knew Rabindranath Tagore primarily as a poet since it was mostly his poems that were first translated into other languages. Now Harper Collins seems determined to introduce him primarily as a writer of short fiction. Why else would they be marketing Sipra Bhattacharya’s English versions of twenty-five of his stories as The Return of Khokababu: The Best of Tagore? Surely, the time has come to recognize that Tagore excelled in many genres—poems, songs, short and longer forms of fiction, non-fictional prose, plays, etc.—and that a choice of his ‘best’ works to be rendered into English should include his literary journalism, letters, didactic works and autobiographical writings as well as his purely literary productions. The first point to be made about Bhattacharya’s collection, then, is that its title is misleading. One can also be put off by her causal Introduction.

What her selections make the reader realize, however, is that Tagore’s short stories are memorable portraits of mostly rural India and that while many of the narratives show a society in transition others—as Bhattacharya herself notes at the end of her Introduction—have a ‘timeless’ quality to them.