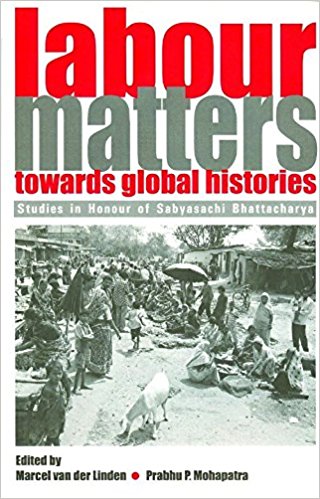 It is nowadays very difficult, at times even for neo-liberals, to deny that the current phase of globalization and liberalization has resulted in intensified immiseration of the working people. The ranks of informal workers, already the largest component of the workforce, have swollen; marginalized sections have been rendered further marginalized; and the labour of an increasing number of workers (women most of all) has become invisible even as labour processes are marked by greater drudgery. Many of the conventional trade unions, focussed as they usually are on the formal sector, have been finding it difficult to address the host of new issues that the present era of global capital have given rise to. Of course, many of these issues (the presence of a vast informal sector, the coexistence of unfree and free labour—and numerous degrees of unfreedom/freedom, the close connection between pre-capitalist and capitalist forms of exploitation especially in the colonies) are not entirely new in so far as capitalism and imperialism have operated on a global scale right since the early sixteenth century.

Viewing these problems from a historical perspective requires the writing of histories of labour that are not preoccupied with unionized (male) industrial workers of the West. Labour Matters brings together fifteen essays that reflect a shift in historical research on labour. The volume is published in honour of Professor Sabyasachi Bhattacharya—academic, thinker, humanist. Professor Bhattacharya has, through his close association with the Association of Indian Labour Historians that he helped to establish in 1996, inspired cutting edge research on labour history. The essays assembled in this volume allow us to view the scope, the direction, the sensitivity, and the intellectual commitment of this research. Moving beyond the confines of classical labour history they explore the historical experiences of, among others, the peasant-worker, convict labour, women, and dalits. As van der Linden and Mohapatra observe in their introduction, ‘With the expansion of processes of informalization and feminization of the work force, the centrality of the male unionized worker is no longer tenable’. These are studies of the labouring poor, wherein ‘labouring poor’ is not used as a label for pre-industrial workers but encompasses various sections of the toiling people who have been historically subjected to the exploitative processes of capitalism and imperialism.