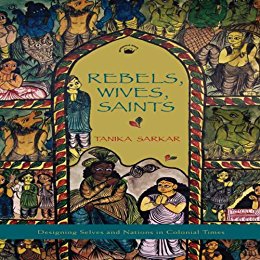 Colonialism as an experience, as a site of conflict, triumph or loss, of nostalgia or repudiation, and as a destination of frequent, involved revisit does not seem to go away. Even if we move out of the Manichaean category and debate as to whether colonialism was the maker or the breaker of the world it once pervaded (can we really use the past tense?), we still seem to look upon colonial experience as one, without allowing nuanced, interactive differentiations within. In the postcolonial ideological jousts that have allowed wider participation in the tournament—the list includes scholars like Edward Said, Nicholas Dirks, Ashis Nandy, Partha Chatterjee, Ronald Inden, Gayatri Chakravorty Spivak, Homi Bhabha and others—the West is largely conceived as a singular, privileged agency which impacted the colony, whether as an instrument of conquest through knowledge, or as an intimate enemy, or through the production of derivative discourse or through effecting epistemic violence or some other ways of making sense of colonial experience.

Professor Tanika Sarkar has, in this incisive, interrogative book under review, chosen to move out of ‘the singularity of a binary’ which limits the historian’s, possible engagement with the shifts, mutations, complications, changes, and contradictions that inhere in every historical situation,’ to where ‘the concrete, the palpable, the sensuous—the lived experience within the historical activities of people,’ as of real interest, ‘more than the categories of reified relationships which are usually regarded as historical agents and actors.’ She states her position regarding the relative weight of structure and agency: ‘Rephrasing Marx . . . I like to think that in all situations people make their own history, albeit not under circumstances of their own choosing. This happened to colonized Indians as well, when they faced new intellectual, political, and moral norms and compulsions. How they thought and what they did preserved a high degree of autonomy.’ There were constraints, though. She considers colonial political economy a more important constraint on Indian activity than cultural imperialism or intellectual domination. But ‘even that con straint was not absolute; nor did it function equally strongly against all categories of Indians.’ The book has a varied menu on offer, but constituting a distinct meal with character. It is Bengal-centred, and its colonial context is a defining factor; but each theme is ‘internally pluralized’. It argues that nation-making should be seen as a way of people crafting themselves, ‘somewhat craftily, working insidiously under constraints past and present’.