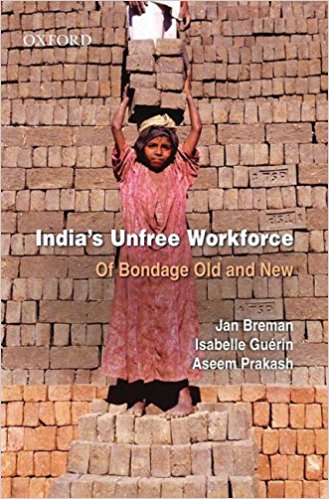 Freedom is a many-splendoured and infinite-dimensional state of existence of a human being. Animals other than man also do not submit to the constraints on their freedom without coercion or ‘training’. But unlike them (wo)man is also a creative being from the time she is born. It is that kind of freedom that Rouseeau had celebrated in his fictional state of nature, and blamed civil society with its laws and protection of property for the rise of ‘civilization’, putting mankind in chains. When Marx thought that human beings could be fully free only with the end of their multiple alienations, he had their creative energy as much as their physical energy and ability to learn old things in mind. Rabindranath Tagore’s conception of freedom also conformed far more to the Rousseau-Marx dreams than to the Benthamite liberal’s concept of liberty.

If freedom is infinite-dimensional, so then must be its obverse, unfreedom. Hence there is so much controversy about defining unfree labour. Jens Lerche in his fine contribution (reprinted from The Journal of Agrarian Change, 7(4)) to the volume edited by Breman et al., comes closest to the problem of identification of unfree labour: Guerin’s distinction between milder and harsher forms of bonded labour points towards a continuum from more-or-less free labour relations to fully unfree relations, that is, degrees of unfreedom and/or inequality underlying the labour relations. A categorization operating with such a continuum instead of a bipolar definition better reflects the character of the labour relations discussed. Lerche rightly castigates the idea that capitalism had no concern with creating free wage labour, free in the sense of not being subjected to private coercion.