She Chose to Question 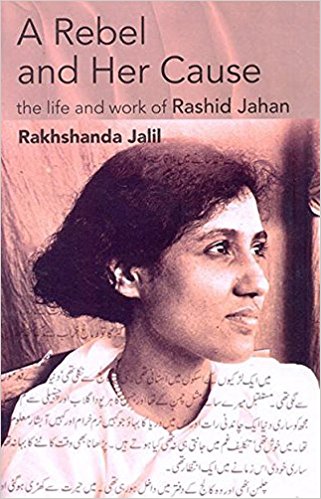 (Let those who come after me send benedictions for me

These lines perfectly sum up the lives of two people that played an important role in the improvement of the status of women—Rashid Jahan and her father Shaikh Abdullah or Papa Miyan as he was fondly remembered, by generations of women. This is a part of the Indira Gandhi National Centre for Arts Programme: ‘Confluence of Traditions and Composite Cultures’. In his foreword Rashid Jahan’s nephew Salman Haider, recalling her role as an aunt, writes: ‘We were expected to take responsibility for ourselves, make our own beds, clean our own shoes and not leave these household chores to the servants, who always had to be treated with consideration. In an early assault on gender stereotypes, all of us, girls and boys alike, were required to learn how to knit and sew…’ Jalil’s introduction to the writer takes its inspiration from the epitaph on Rashid Jahan’s tombstone: ‘Communist Doctor and Writer’. It’s the brief familiarization with these three roles of Rashid Jahan in the introduction that sets the tone for the rest of the book which deals with the life and times of  Rashid Jahan and showcases her short stories and plays which makes for a complete, well rounded book.