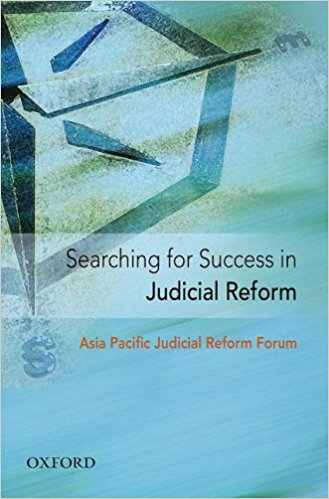 ‘Judicial Reforms’ is a theme which is much talked of so much about but too little is done. The Indian judicial system has a long history right from the pre-British days. In the 18th century a uniform pattern of judiciary emerged and during the British regime High Courts were established in presidency towns. Thereafter, in 1937, the Federal Court was established to hear the appeals from the High Courts. Because of the complexities of personal laws of Muslims and Hindus and various customs and practices, there were initial difficulties in the administration of justice. After Independence, we wanted to have a systematic judicial system throughout the country and many new subordinate co~rts were established in various parts of the country. We have now got a network of over 14 thousand courts allover India and these courts are dealing with 4 crores of cases. Out of 14 thousand judges, the working strength would be about 12,500 judges and nearly 4 thousand cases are being handled per-Judge. This is too high as com¬pared to the average load per-Judge in other countries.

The Law Commission of India, in its Seventy-Seventh Report entitled, Delay and Amars in Trial Courts and published in November 1978 noted that long delay in the disposal of cases has resulted in huge arrears and a heavy backlog of pending files in various courts of the country. Systemic delay occurs when the demand made by a group of cases for courtroom processing exceeds the supply of court resources, namely, judge time, available to process them. A remedy that works is one that restores equilibrium by fuvourably adjusting the balance. The Law Commission noted that, ‘delay in the disposal of cases apart from causing hardship to the parties has a human aspect and has the effect of embroiling succeeding generations in litigation started by the ancestors.’

Searching for Success in Judicial Reform: Voices from the Asia Pacific Experience attempts to promote development of know-how and refinement of understanding of judicial reform through a critical reflection of actual experience across the Asia Pacific region. This book is the fruit of the Asia Pacific Judicial Reform Forum’s first project, and its essays reflect the priorities which the members of the Forum defined. Organized in five sections entitled Searching for Success indicates the existence of ten themes, or overarching challenges, which have confronted the passage of judicial reform over recent years. These may be described as relating to goals, leader¬ship, and independence, capacity for change, training, integration, community, donors, data, and results. (p. 3)